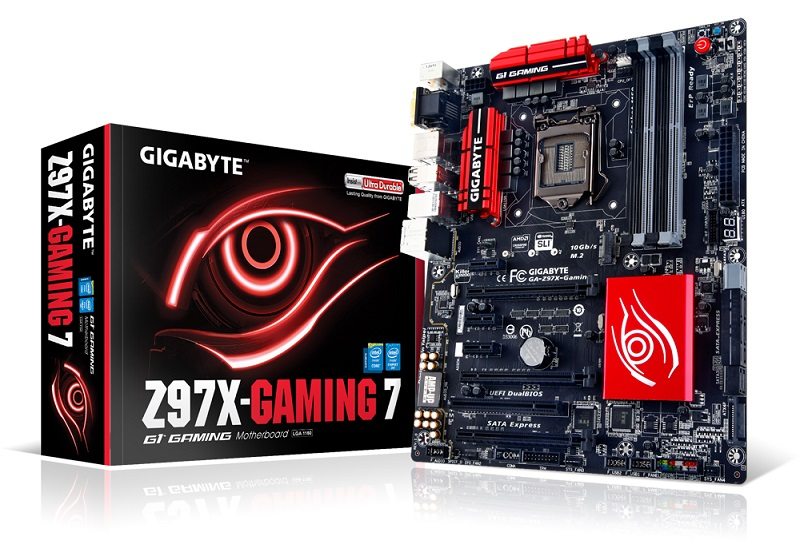 Intel’s first Haswell Refresh CPUs have just been recently released, Intel’s Devil’s Canyon (unlocked K series Haswell Refresh) CPUs are expected in just a month or two and rumours going around suggest that Intel’s Broadwell CPUs could even be released this year too – from an enthusiast perspective there has never been a better time to upgrade your motherboard to the latest chipset on the block – Z97. Today we are taking a closer look at our third Z97 motherboard courtesy of Gigabyte, more specifically it is their Z97X-Gaming 7 motherboard which is their top of the range Gaming Series motherboard, although they will have other more premium boards from their Ultra Durable and OC ranges but those aren’t targeted specifically at gamers. For anyone used to the Gigabyte G1 Gaming series of motherboards you may be surprised by two obvious aesthetic changes. The first is the colour scheme has shifted from green and black to red and black. The second is that that G1 Series Bullets and Skulls have been replaced by the “Gigabyte Eye” typically seen on their VGA series products. For some this may be a great move by Gigabyte, moving towards the more desired and traditional “gaming” red and black colours, but for others it might be a bit frustrating to see ASUS, Gigabyte and MSI all offering red and black as the primary colour scheme on their gaming motherboards. What might be even more worrying is that MSI and Gigabyte both have Z97 gaming motherboard models dubbed “Gaming 7”, which will no doubt serve to confuse consumers. 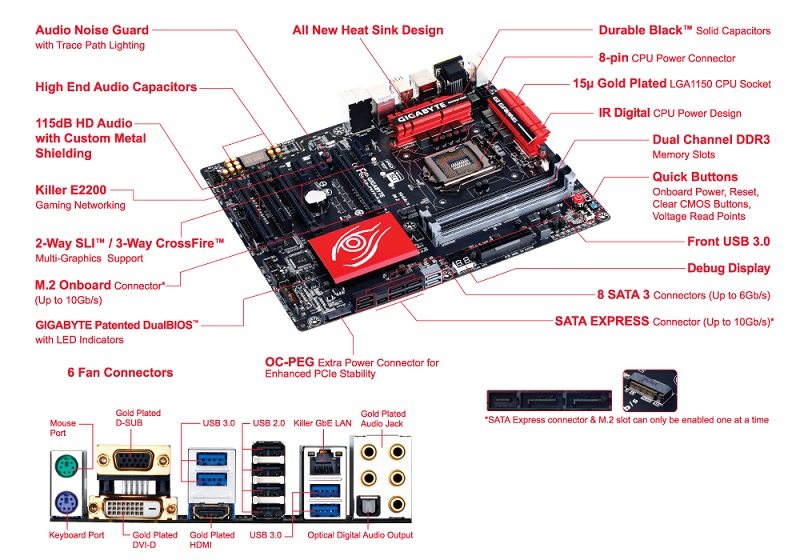 In terms of the feature set we have the usual emphasis on high quality audio and networking which is pretty much the mainstay of the gaming motherboard scene. Additional features include multi-GPU support and the new storage connectivity supported by Intel’s Z97 chipset. All the detailed specifications can be seen in the table below: 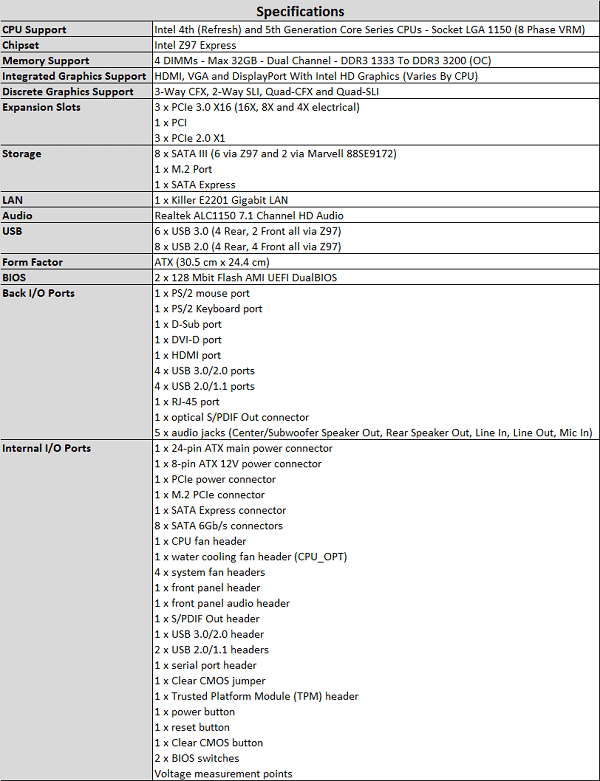 The packaging features Gigabyte’s Eye as the show piece, the box looks very similar to what we might expect if we were unboxing a high end Gigabyte graphics card. 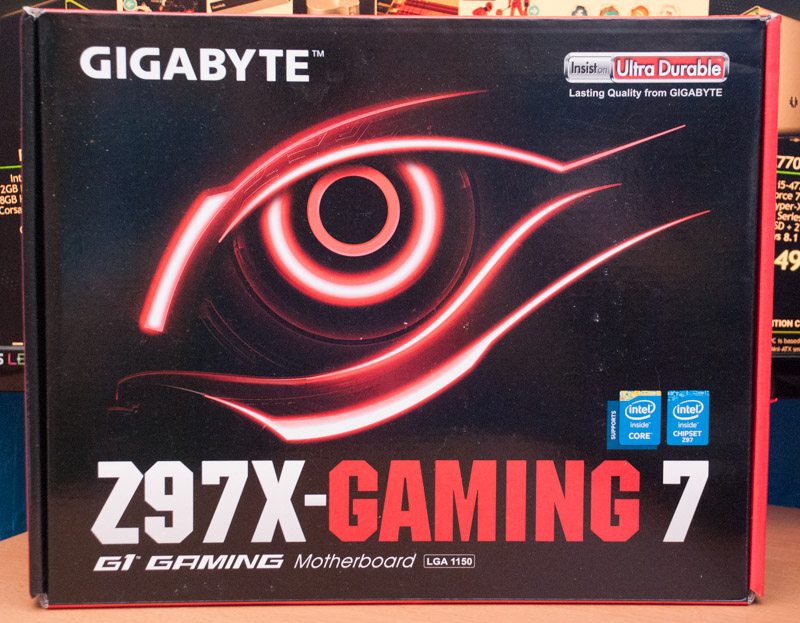 The back introduces some of the key features in more detail, you can see all the details here at the product page. 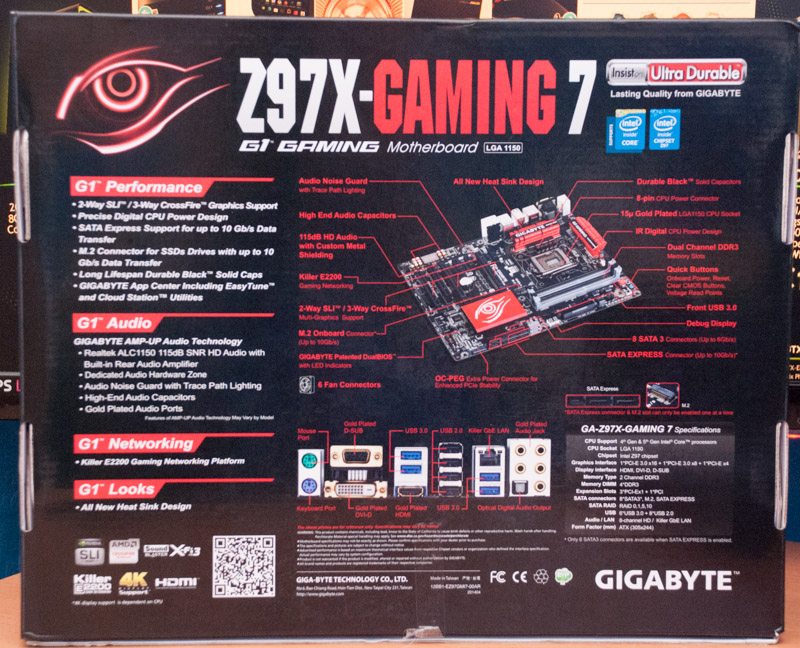 Included with the motherboard is some documentation and a driver/utility DVD. 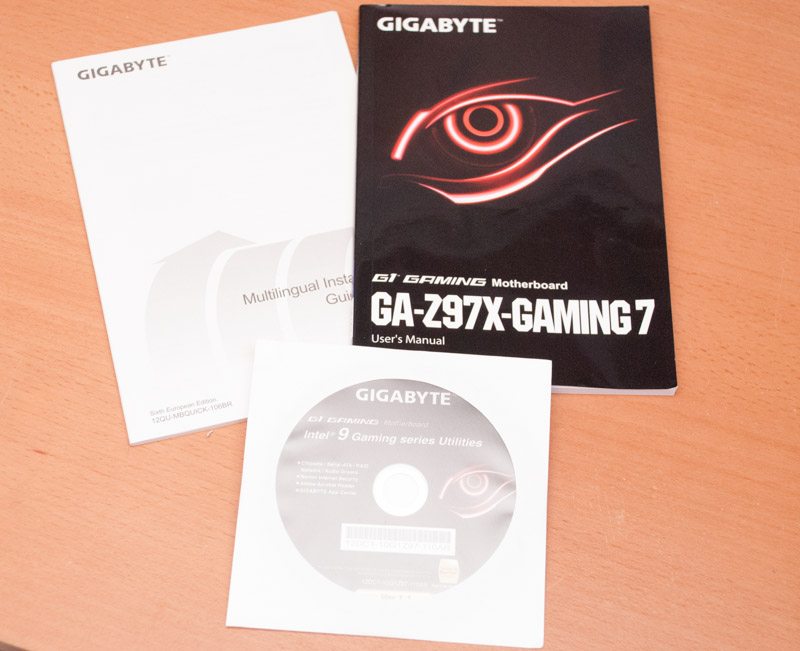 The accessories include a black and labelled rear I/O, a couple of Gigabyte stickers, 3 SATA III cables and an SLI cable. 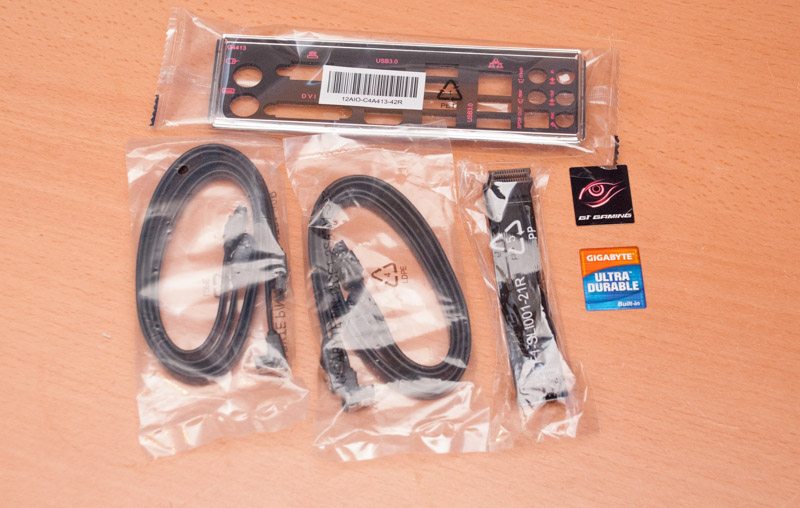