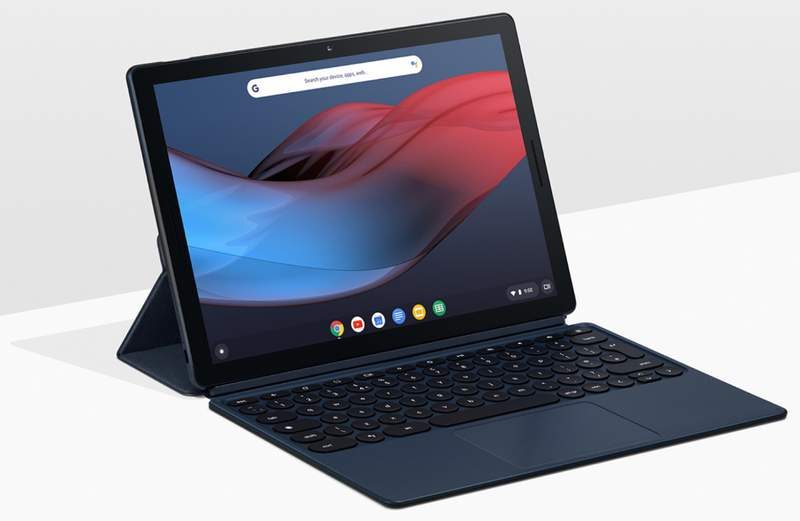 Google has announced their new Pixel Slate tablet, a 290.9 x 202 x 7mm device which combines an x86 SoC with the Chrome operating system. The device is Google’s second tablet, albeit now ditching Android after learning a lot from that failure.

In terms of connectivity, it has a single USB Type-C port and has a built-in 2×2 802.11ac WiFi/BT 4.2 module. The USB-C port is capable of transferring data, display output and can also be used for charging the device. It also has a webcam, speakers, microphone and a fingerprint sensor.

The display uses a 12.3-inch 3000 x 2000 panel with a brightness of 400 cd/m2 and 72% NTSC colour space coverage. Like the PixelBook, it has a Corning Gorilla Glass 5 cover and can work with the PixelBook Pen stylus.

How Much is the Google Pixel Slate Tablet?

The entry level Celeron model starts at just $599 USD, while the Core m3 model starts at $799. The mid-range Core i5 option costs only a bit more at $999, while the high-end Core i7 version tops out at $1599 USD. All come with the same 48Wh battery with a 10 hour usage. The PixelBook Slate keyboard/cover attachment is available separately for $199. The PixelBook Pen on the other hand, costs $99 USD.