While the FCC filing shows what the new device looks like, it doesn’t reveal much of the hardware inside. However, the Geekbench listing (via MySpartPrice) does provide quote a bit more information. It lists the hardware as using Qualcomm’s Snapdragon 710 running on Android 8.1.0 with 3GB of RAM. This is a departure from the Intel Atom-powered 1st Gen Enterprise Edition Google Glass.

The update will also likely bring a higher resolution camera and better battery life than the first gen model. Especially with a Snapdragon 710 inside. That means it could be capable of 4K UHD video capture at 30fps. 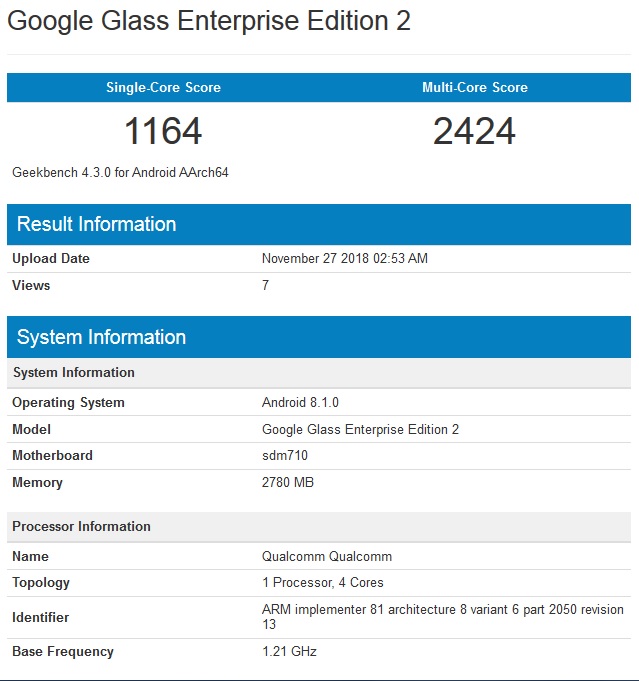 Since it is listed on Geekbench, it can easily be compared to other devices using the same tests. As for single-core and multi-core performance, the listing shows the following: 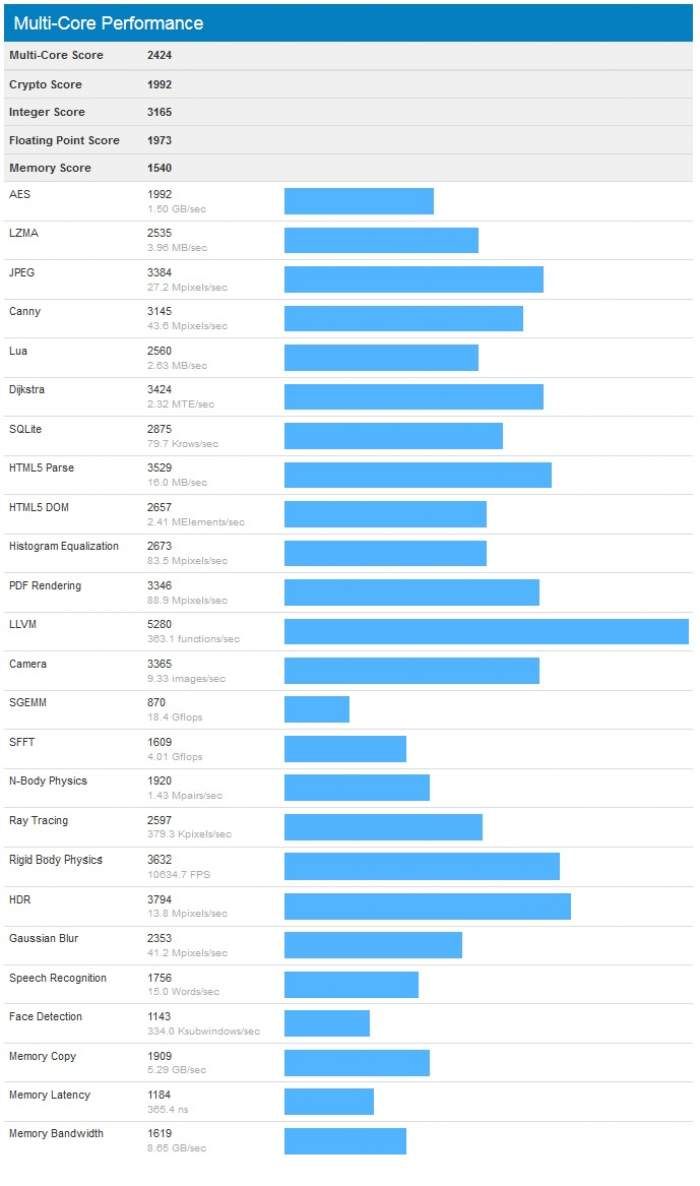 How Much is the Google Glass Enterprise Edition 2?

There is no information on price yet at this time. Although the first Enterprise Edition model kept the same $1500 USD price tag, which might be true for this new updated model as well.