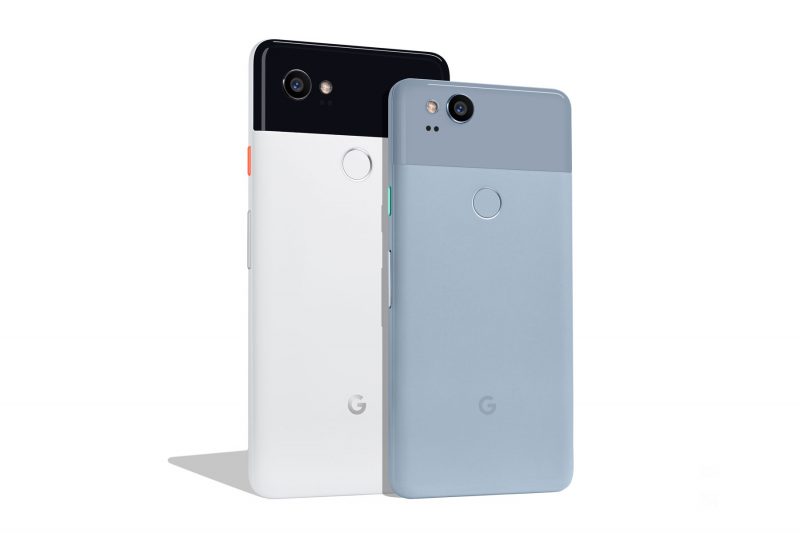 Google has officially debuted their next generation Pixel phones at a California event. Senior VP of hardware Rick Osterloh himself took to the stage to do the unveiling. The larger 6-inch Pixel 2 XL features a plastic-OLED curved edge display similar to the LGV30. In fact, comparisons to the LG V30 are unnavoidable because Pixel 2 XL is made by LG.

The 5-inch Pixel 2 on the other hand is made by HTC. Google has also done the “courageous” move with removing the 3.5mm jack, following Apple’s lead. Which is ironic considering how much they joined in on making fun of their rival after that announcement. Google of course, is offering an audio solution to compensate for this feature removal.

Both phones make use of a Smartdragon 835 and have 4GB of RAM. Available storage capacity options include 64GB and 128GB. In terms of display, the Pixel 2’s 5-inch AMOLED has a 16:9 aspect ratio and a full-HD resolution. The Pixel 2 XL’s 6-inch pOLED display has a QHD+ resolution and an 18:9 aspect ratio. Both displays make use of Corning’s Gorilla Glass 5. Additional protective features include IP67 dust and water resistance.

The Pixel 2 comes with a 2,700mAh battery, while the larger Pixel 2 XL model comes with a 3,520mAh cell. Both smartphones accept a single nanoSIM card, although there is an option to use an eSIM.

For more features and information, check out the trailer video below:

Even though the base model capacity is bumped to 64GB, the Pixel 2 will be available for £480. Which is the same price as the current Pixel in the US ($649). The Pixel 2 XL base model will cost a bit higher than the Pixel XL at £630. In the US, the 128GB Pixel 2 and Pixel 2 XL will cost $100 more than their base models. Depending on VAT and how the market shakes out, those prices could cost a bit more in the UK. Pre-orders begin October 4.