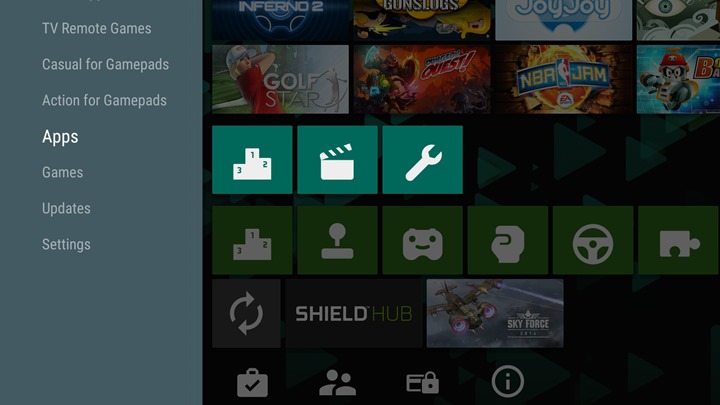 Since the launch of the Android TV, app support and app discovery has been a serious problem for the platform. It had less than 200 apps to offer between the video, audio, and game sections. Now, however, Google is expanding its software catalogue, adding over 600 new apps via a Play Store update today for Android TV devices, including the Nexus Player. These are the only Android TV apps available,  the rest had to be manually searched.

These new 600+ apps are categorised into 20 new sections that simplify the task of finding specific types of apps like movies, sports, news, multiplayer games and more and improves the app discovery. The update should be showing up on compatible devices now, and you’ll see the new content in the store navigation area of your device. Along with the Top App list, the standard apps are divided into Messaging, Photography, Media, and Tools & Utilities.

This updated Play Store version 5.5.15 should reach all the compatible platform soon if it has not reached you yet, you can sideload the same signed APK in no time. You can grab the APK from here and install it by uploading the APK to any supported cloud storage service like Google Drive and using the cloud storage function of ES File Explorer to load the app.

As Google does not release update notes for Play Store in a user-accessible way, under-the-hood changes are not known at the moment.