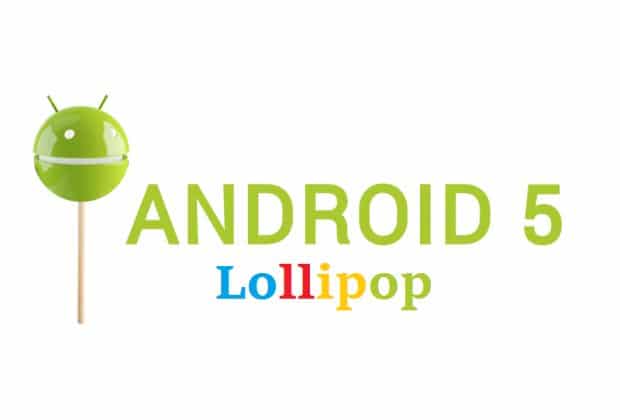 Android 5.1 appears to come with a new network security feature, as reported by Pocketables. They have found a new VPN feature on Google’s latest Android build called Google Connectivity Services, which can be found in Settings > Apps > All and by scrolling down, users can see it under the latter mentioned name.

It seems to be a bit tricky to launch the app, having to launch it as an activity rather than a fully fledged Android app. The activity is named “com.google.android.apps.gcs/com.google.android.apps.gcs.WifiAssistantOptInActivity” and can be launched with the help of QuickShorcutMaker, an app which can be downloaded for free from the Google Play Store. 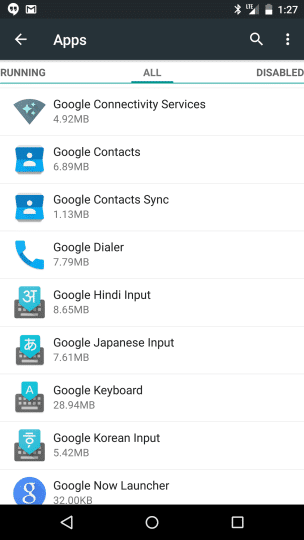 Once you place the Google Connectivity Service on the screen and launch it, users are greeted by popup message stating the following: “To help protect you on open Wi-Fi networks, your data will be transmitted securely through a Google VPN.” 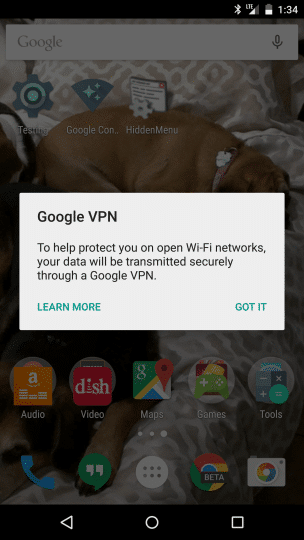 The “Learn More” button will take users to the Google support page, also accessible from here, while the “Got It” button takes the users to the standard VPN connection request screen. 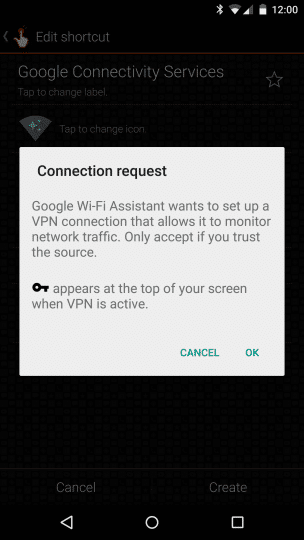 However, the test was not successful, having attempted to connect through open WiFi networks, secure WiFi networks and even LTE with no avail. It is still unclear if and when Google will launch this feature, whether it will be open for everyone or will it be discontinued. What we do know is that Google is at least making an effort to bring some VPN services to its latest Android OS.

Thank you Pocketables for providing us with this information