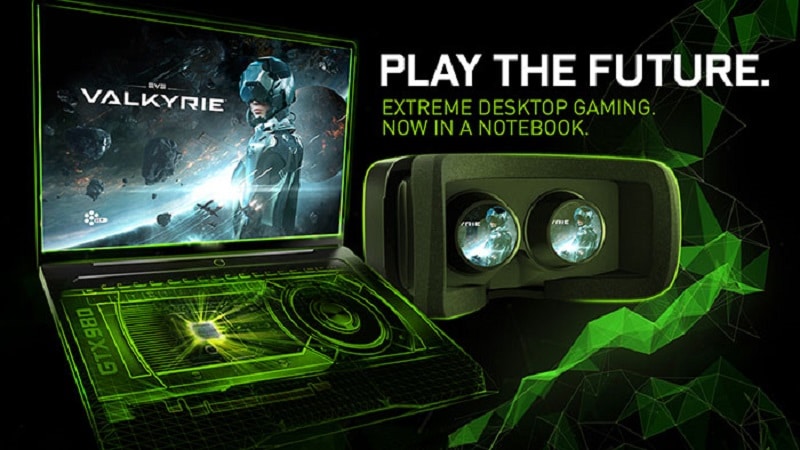 NVIDIA has made a rather surprising announcement which could signify a new era of mobile notebooks with the level of graphical prowess usually consigned to Desktop PCs. The power efficiency and extraordinary heat dissipation on Maxwell GPUs has allowed NVIDIA’s engineers to incorporate the full Desktop chip into notebooks. In theory, this means other desktop GPUs could follow and produce magnificent performance across a wide price range. As a result, supported notebooks will adopt a no compromise approach and features an unlocked core. Therefore, the integrated GPU is designed to be overclocked and shouldn’t encounter any thermal throttling.

This also means the notebook models will be fully VR-compliant and contain the required horsepower to run 90 FPS, low-latency gaming experiences. NVIDIA has already listed a number of manufacturing partners which include:

Gaming notebooks traditionally included mobile versions of their desktop counterparts and involved higher temperatures, louder operating and reduced performance. According to NVIDIA, the manufacturers have constructed each notebook completely around the GTX 980 full-chip design. Perhaps, this could make people ditch their desktop PCs for a very capable notebook system. However, the pricing and lack of upgradability could be a deal breaker for some.