Guess How Much The 10 Core i7-6950X Engineering Sample Sold For on eBay? 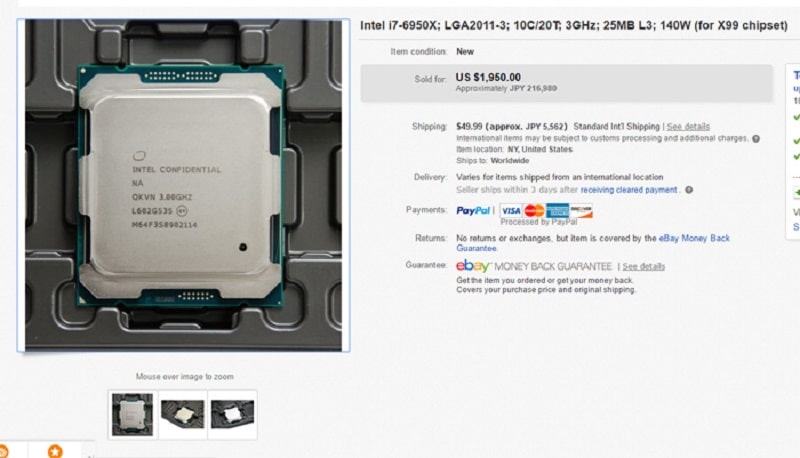 Everytime there is a major product launch, samples inevitably get leaked. Sometimes, these engineering samples are from disreputable sources but a large portion come straight from the factory. For those who are able to get their hands on one, they join a select club of those able to test the chip out before the launch. For the upcoming 10 core Intel i7-6950X, one fellow has paid an exorbitant $1950 to get their hands on an engineering sample.

As we found out earlier, the 6950X is expected to retail for $1500 USD MSRP. This is quite a markup over the 5960X, with each extra core costing double the rate. We’ve already seen some other 6950X chips on eBay for $1750 so it’s interesting to see that the price has gone up since then. That or the fellow sucked at sorting prices low to high. Of course, this is still a lot cheaper than what NCIX is offering, with their preorders coming in at $2499. 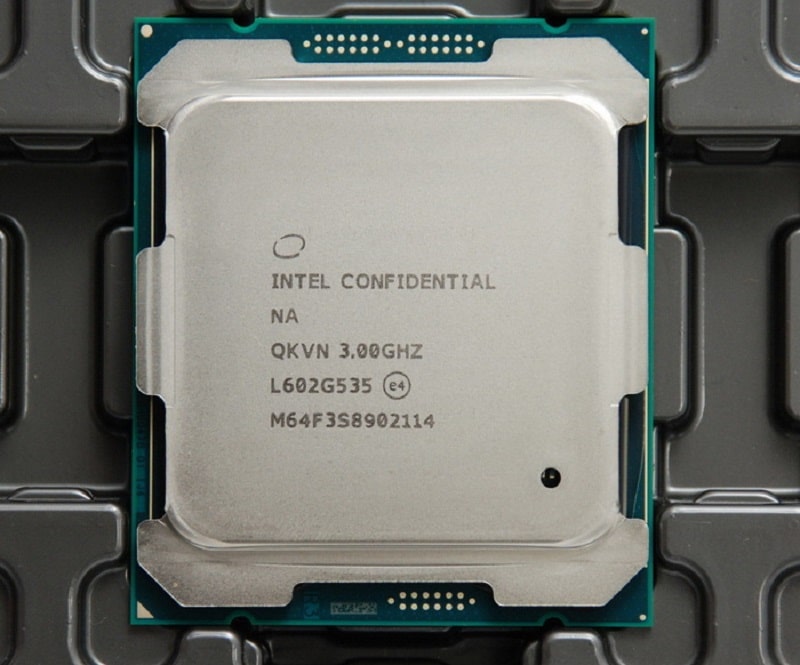 With the deca-core chip only less than half a month away, it really makes no sense to grab one now other than for bragging rights and the ES label. Other than the 10 cores, the 6950X comes with 25MB of L3 cache and a3Ghz base clockspeed. The chip will be based on Intel’s 14nm process and utilize LGA20011v3 motherboards with the X99 chipset.