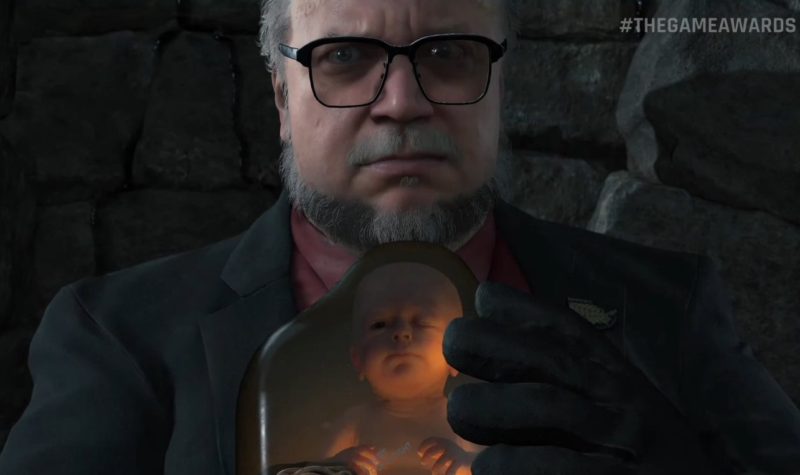 There’s one simple two-word phrase that springs to mind in the gaming world over the last year or so, I think you know which one I’m talking about. With Guillermo del Torro working closely with Hideo Kojima on PT prior to and pretty much throughout the rough ride Kojima had with Konami, it’s obvious that tensions are still high between the publisher and the two creators.

It’s still unclear what even happened between Konami and Kojima, but it’s certainly not been easy to Kojima, having creative input taken away from him in Metal Gear Solid V, having games cancelled, and even being locked away in a room on his own! This whole split with Kojima left the gaming community with just two words… “f##k Konami”.

With The Game Awards now behind us and Kojima getting the spotlight after being told he wasn’t allowed to receive a statue at The Game Awards 2015, things are moving on.

What did del Torro have to say in response?

With del Toro obviously featuring in the trailer for the new game, it’s nice to see there may be something between him and to Kojima team, but it’s obvious that having yet another project of his cancelled has left him feeling less than happy with Konami… F##k Konami I guess. At least Kojima has managed to break free from the shackles and form a new team, as well as creating another truly insane looking game in the process.