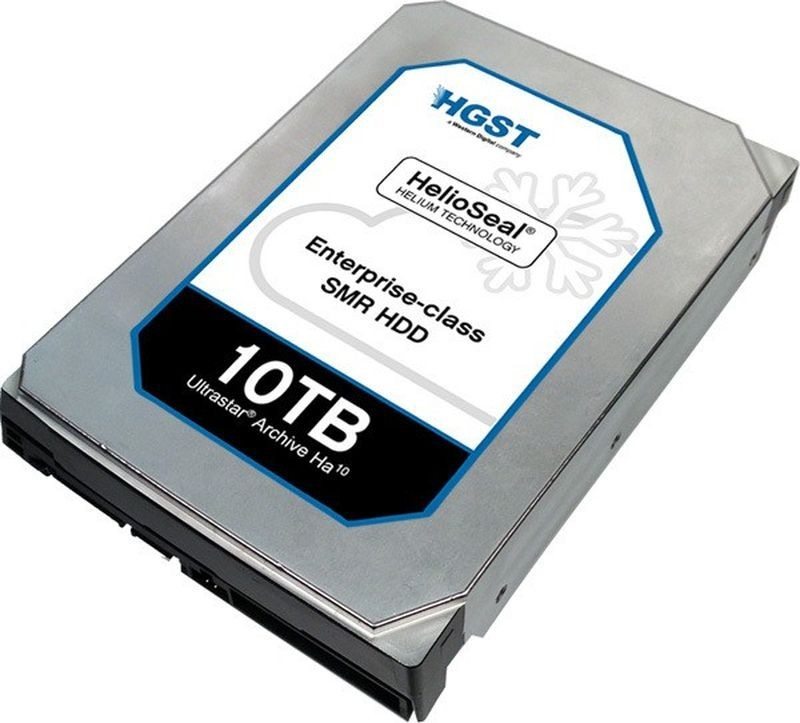 HGST has set a new standard for mechanical hard drives with their helium filled drives and the latest one based on that technology have just been launched. The new HGST Ultrastar Archive HA10. brings 10TB of storage capacity specially designed for Active Archive applications.

This is the third drive based on HGST’s HelioSeal technology and it is the first 10TB enterprise-class drive in the industry. By integrating SMR into the drive, HGST achieved a higher density than other HDD vendors.

Due to the way SMR works, this method will have some impact on write performance as it might need to rewrite more data than it actually has to store. This is combated by a great use of firmware and drivers, but the drives are optimally suited for sequential backups rather than random writes. Sequential writes is the most common way backups are done, making this drive absolutely perfect for archive backups.

The HGST Ultrastar Archive HA10 drive is rated at two million hours mean time between failure (MTBF) and is backed by a five-year limited warranty. It has a 10-15 unrecoverable reduced bit error rate, rotational vibration safeguards, and 600K load/unload cycles.