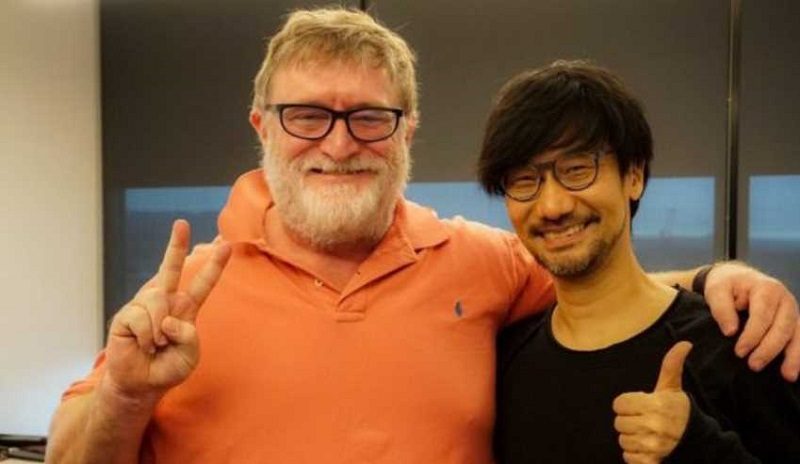 In the gaming world, there are few names bigger than Hideo Kojima. The former Konami worker, perhaps best known for his work on the Metal Gear Solid series (well, at least while it was good) did decide, however, to pay a visit to another one of gaming biggest names.

In a visit recorded on his Twitter account, Hideo reported visiting the Valve headquarters and also having a chat with Gabe Newell. While this does appear to have been an entirely social call, it hasn’t stopped the rumours of a collaboration emerging.

While this is just one of many ‘visits’ Hideo has made to game studios, many are speculating that he might be attempting to ‘pitch’ ideas around. After being (rather unceremoniously) let-go by Konami, he is essentially a free agent. Would a partnership with Valve be good? Well, it would certainly be interesting.

This has, of course, sparked more than a few ironic comments over third instalments of games. Gabe obviously has the Half-Life 3 whereas Hideo Kojima has the third act of Metal Gear Solid 5. What? You didn’t think the ending we got for MGS5 was intended, do you?

It was, if nothing else, a nice insight to see two gaming industry legends together. Whether this will stretch into something more productive though remains unclear, but unlikely.