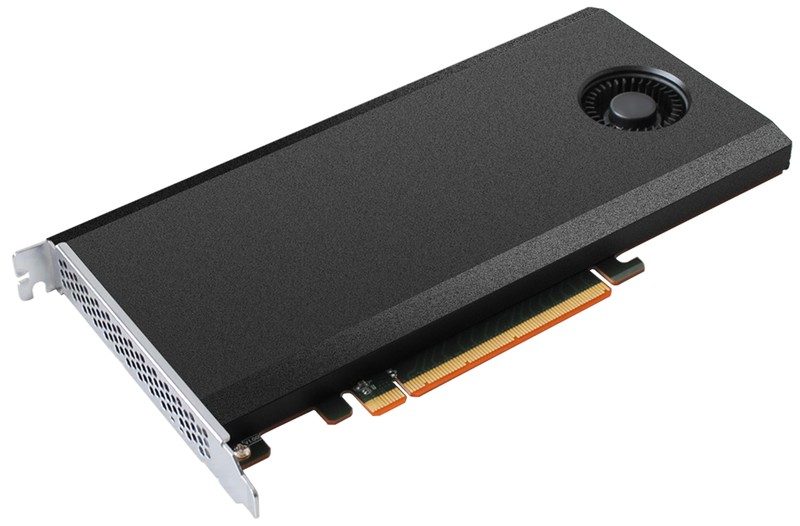 HighPoint has announced that they’re now shipping the SSD7101A-1 NVMe RAID controller which means that you’ll be able to get one for your system. The SSD7101A-1 is probably the fastest NVMe RAID solution that you can get right now. Even with single drives, the controller will deliver a better performance than your onboard solution.

Your onboard M.2 NVMe slots offer PCIe 3.0 x4 speeds, but it’s a shared speed. SATA drives and USB ports use the same PCIe bandwidth and all that is sent through the Intel PCH before it reaches the CPU. A dedicated controller has a direct connection to the CPU with an x16 speed. That’s a full 4x per drive for a maximum performance. It is in fact up to eight times as fast as an onboard solution, but it depends on the setup how big an impact it has.

If you feel like this card looks familiar, it is because it isn’t long ago that HighPoint released the SSD7101A and SSD7101B cards. Those are the same controller, but with pre-installed drives. This is the bare controller which allows you to install the drives of your choice. 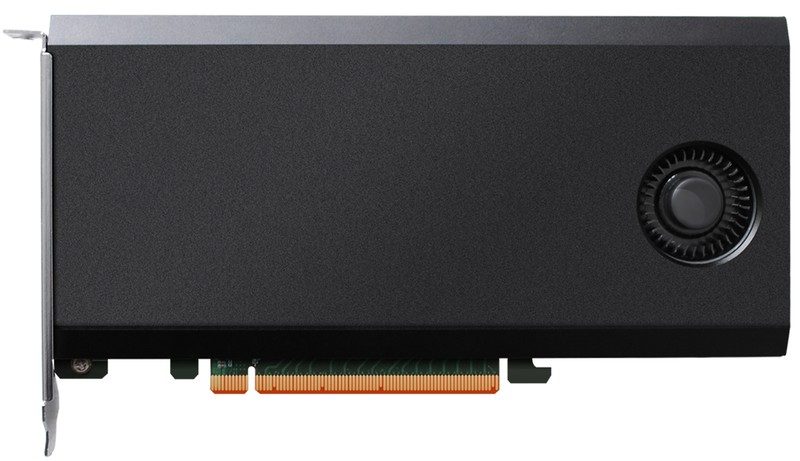 The HighPoint SSD7101A-1 has another advantage over built-in solutions: You can use it in any system and without limitations. Well, you’re limited by the amount of PCIe slots and lanes you have available, but that’s it. It will work like a charm with both Windows or Linux systems.

The add-in card might only offer four drive slots for four times PCIe 3.0 Gen.3 x4 with 32Gbps. If that isn’t enough, you can install multiple of the RAID controllers and link them together. That’s up to 256Gbps performance from your storage array. That’s tough to beat. 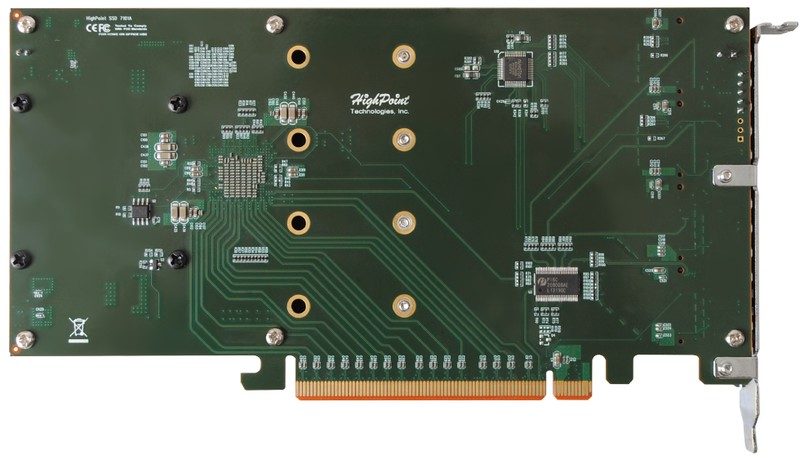