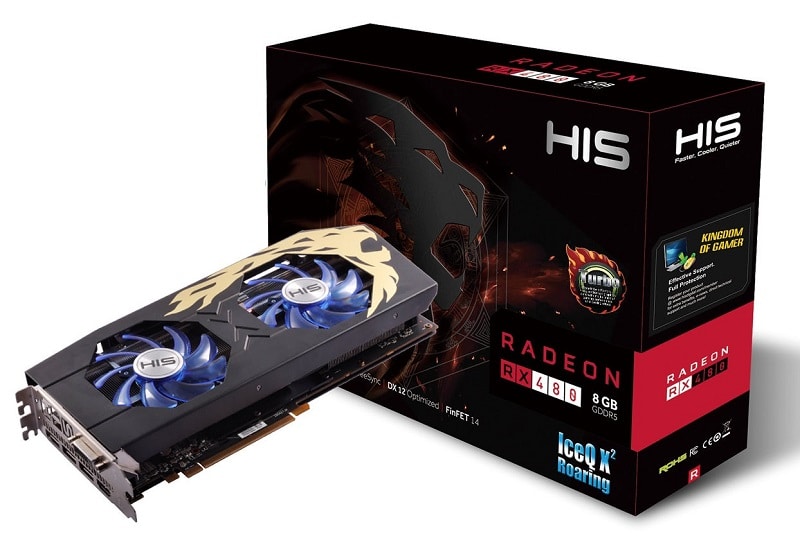 Just over a month ago, we got our first glimpse of the custom RX 480 graphics cards. One of the eye-catching ones was the HIS Radeon RX 480 IceQX2 Roaring. Sporting a new design paradigm, and a new golden lion logo, the Roaring stood out quite a bit. Just a month later now, HIS has officially launched their new card and is releasing all of the juicy details. The card comes in two variants, Turbo and OC.

As expected, the difference between the two different models is the clock speed, with the OC is clocked at 1288 MHz, and Turbo at 1338 MHz. This makes the Turbo the second fastest RX 480 out on the market right now. The card keeps the IceQX2 cooler but with the new Roaring lion logo. The fans stay the classic blue of course. In addition, the card also features a black PCB with a full cover backplate. 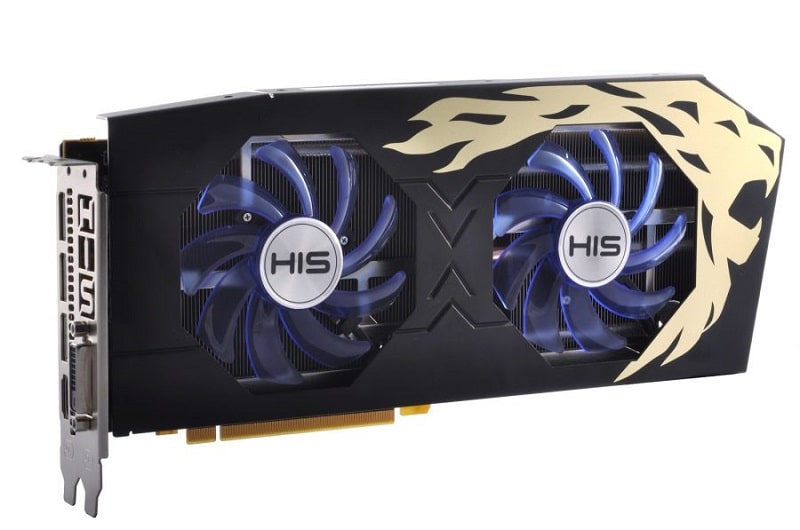 To maintain the high boost clock, the card features a strong 6 phase power delivery system. Combined with an 8pin PCIe power connector, this should ensure the card won’t run into any power issues. To wrap up the package, we have LED illuminated and cooler fans feature 0db technology. The cards should arrive on the market within the next two weeks so don;t expect them just yet.