How Dell Plan to get More People Using Linux 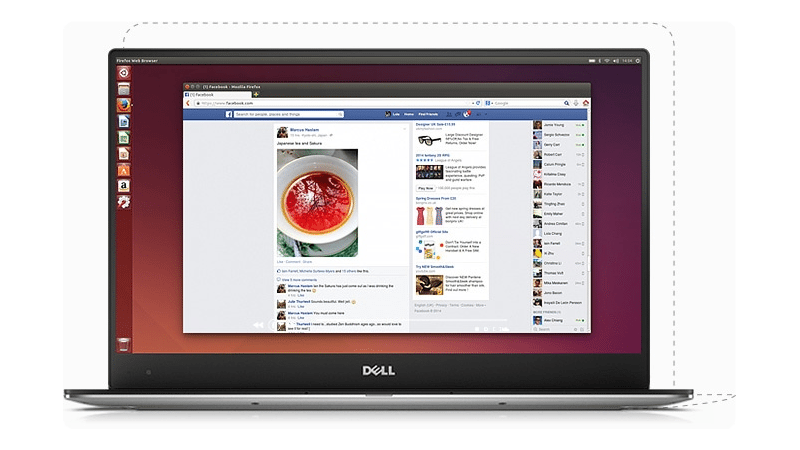 When you buy a new PC, it’s almost certain that it’ll be running one of two types of operating systems, Microsoft Windows or Mac OSX. Despite this market dominance, Dell plans to get more of their customers using Linux with its series of “Project Sputnik” laptops that hope to secure a following of their own.

The newest Sputnik laptop from Dell is the XPS 13 Developer Edition and it looks far different from the typical view of Linux, sporting a sleek, thin design. This XPS 13 also brings a number of features that users typically expect from Windows and Mac laptops including a 4k screen, Intel Skylake processors and even Thunderbolt 3 support, all of which are firsts for a Linux laptop. Due to the lack of support for Skylake chips in Ubuntu, the Linux version of the laptop was released later than its Windows-running cousin, which is unfortunate.

Sputnik’s main goal is to bring new laptop technologies to Linux, which will allow it to match most equivalent Windows laptops and has already been in the works for four years. Originally, Sputnik planned to focus on Ultrabook-form laptops and touch screens as the main technologies, both of which were new at the time, but the project has come a long way since then. Dell’s next goal is to incorporate docking technology into the XPS 13 DE as well as continuing to develop the software and drivers that may be required to make use of even higher resolution screens that could feature in future Sputnik laptops.

While Dell’s main focus may always be on the more mainstream Windows laptop market, Project Sputnik is totally unique, making Dell the only major PC manufacturer with such a focus on releasing Linux-running products. Dell even reports that they have seen Mac users moving over to their Sputnik laptops, due to both Linux and OSX being Unix-based making the switch easier than from Windows. While Linux diehards may choose to install their operating system of choice regardless of the laptop, it is hard to deny that a trusted name like Dell throwing their support behind Linux and releasing it pre-installed on a number of their laptops is a bad thing. Will it lead to a Linux revolution? Probably not, but Dell may just get a few extra customers from Linux-fans and converts alike.