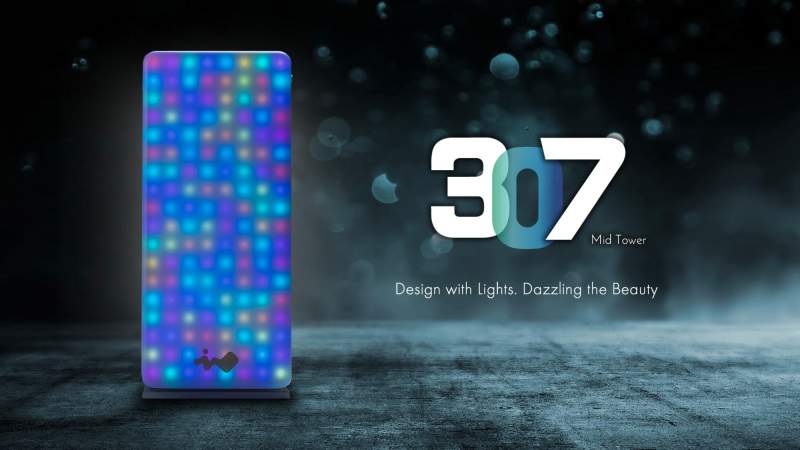 In Win Embraces the RGB Craze

In Win has teased their upcoming 307 mid-tower case which features a front panel that has an array of addressable digital RGB LEDs. Of course we first saw this chassis back in Computex, but it will soon be coming out within the next few weeks.

There are 144 addressable LEDs in total behind a translucent white matte surface. In Win calls this, the “dream panel”. This is mounted on a 1.2mm steel chassis with a tempered glass side panel. These RGB LEDs come equipped with 12 unique lighting modes which are accessible via In Win’s GLOW software. These presets include clock, vortex, hourglass, and more. Cycling through them is only a matter of pressing a button on the I/O panel. 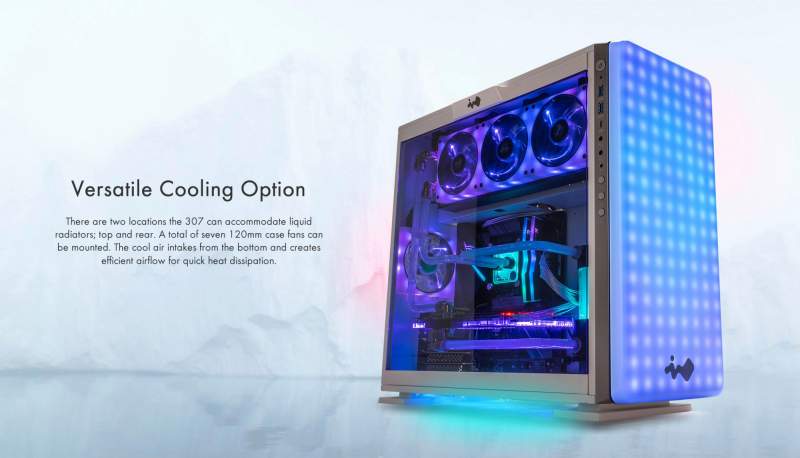 The 307 chassis also has a built-in microphone, which enables the dream panel to react to the ambient audio. The built-in ECG or Candle mode will enable these functions and can be a visualizer for your music.

Can You Customize This LED Panel With Your Own Design? 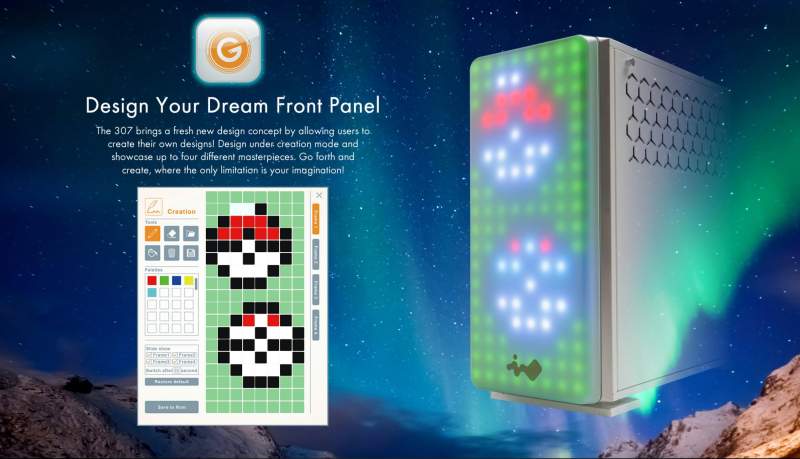 Yes! The GLOW software will also enable users to upload their custom pixel art or create one which would go to the dream panel.

What About Clearance Compatibility?

Aside from the gimmick of an RGB LED dream panel, the In Win 307 is also highly functional. It has room for up to seven 120mm case fans inside, and it even supports up to 360mm radiators at the top up to 70mm thick. Maximum CPU cooler height support is at 160mm and graphics cards can be as long as 350mm without having any fitting problems. In terms of storage, there is room for three 2.5″ drives, as well as two 3.5″ HDDs. 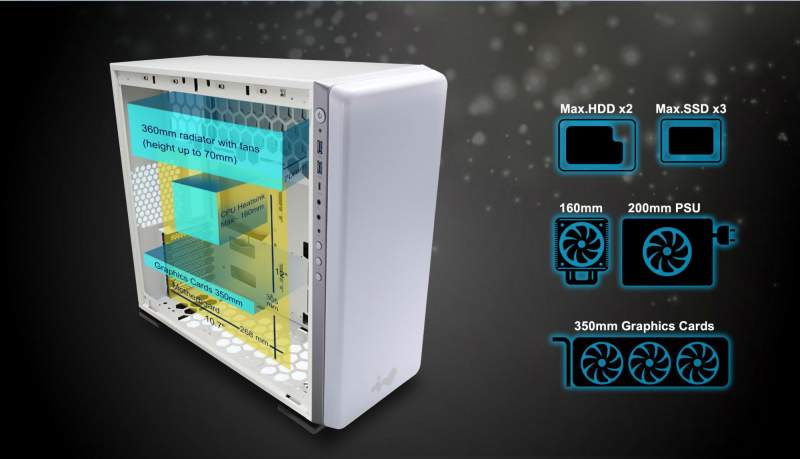