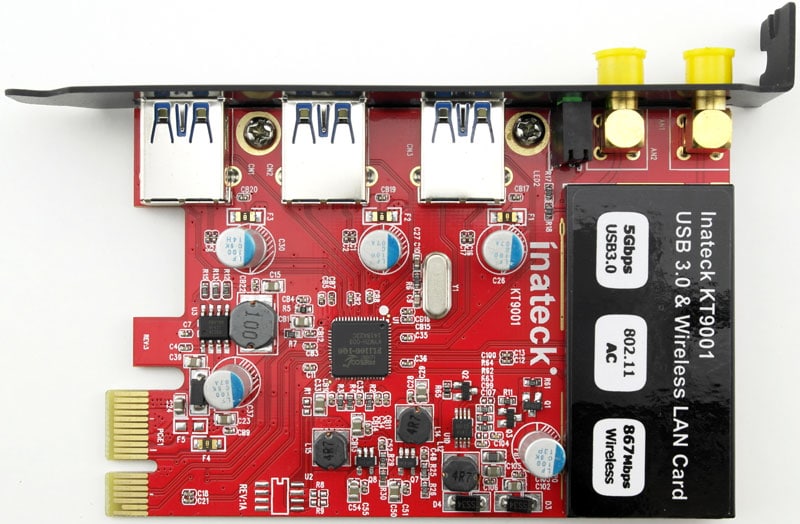 You might be short of some extra USB ports in your system, or maybe you just want another host controller to keep up the transfer speeds on multiple devices at once. Maybe your system doesn’t have a wireless network connection or you just want to upgrade your old 2.4GHz n or lower card to something better.

Inateck’s latest add-on expansion card does all of this in one, and it only takes up a single PCI-Express x1 slot. I’m talking about the Inateck KT9001 USB 3.0 & Wireless LAN card and it is one of the newest products to come from Inateck.

The add-on expansion card provides you with an additional 3 USB 3.0 ports controlled by a Fresco Logic FL1100-1Q0 Host Controller while the dual-band wireless is powered by a Realtek 8812AU Wireless LAN 802.11ac USB controller.

The cards allows your desktop computer to connect to high-speed wireless networks, or create one itself. It uses two antennas for increased wireless performance and stability and can reach great speed on both the 2.4GHz and 5.0 GHz bands. The range is specified to 150m which is what most network equipment is and it supports the 802.11 AC protocol for 300Mbps and 867Mbps connections.

The base chip controlling the entire card is the FL1100EX which is a 4-port USB 3.0 host controller. One of the ports is used to connect the Wireless Signal while the last three are available for the usage of your choice, may it be for your storage drives, peripherals, and other random USB devices.

The controller fully supports UASP for increased bandwidth and doesn’t need any drivers in Windows 8 or newer operating systems. UASP especially helps at multitasking as it can handle more commands at the same time compared to BOT connections and also increases the overall throughput. 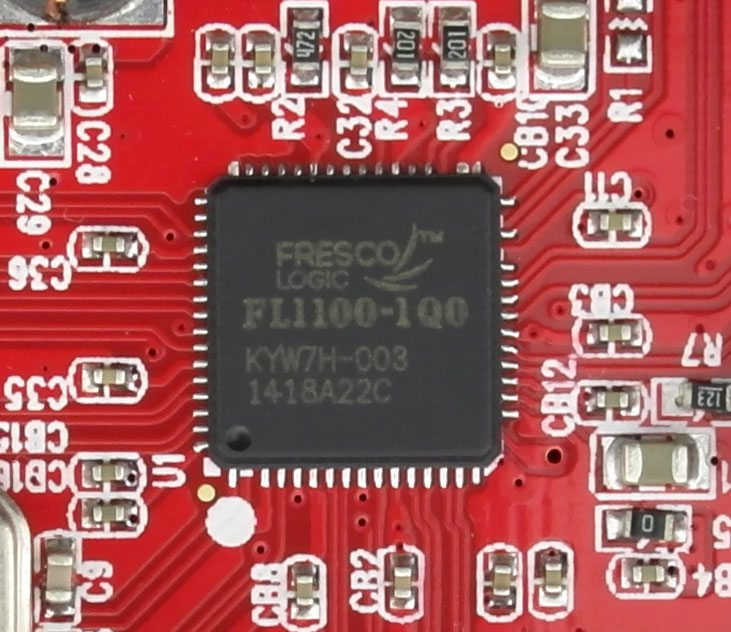 On the rear IO, you’ll find two LEDs to give you an insight into the WiFi cards actions, a power and an act LED. The two antennas are detachable and the connections are can be covered with the included plastic caps when not used.

The black IO shield is a nice touch as the majority of users will have black PC cases and this card will match that perfectly. The white print is bright and easy to read even in the darkness that reigns behind a PC. 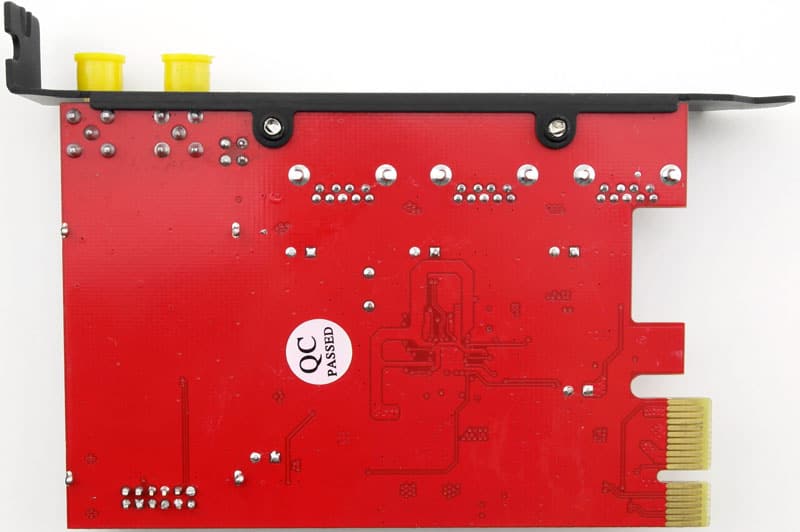 Inateck always includes a little more in the package that you need. This time it contains two screws in case you should have lost one from your chassis or it comes without. A simple thing, but one that is great to have when needed. Else you’ll find a driver disk for Windows 7 users, a manual, two antennas, and the expansion card itself. 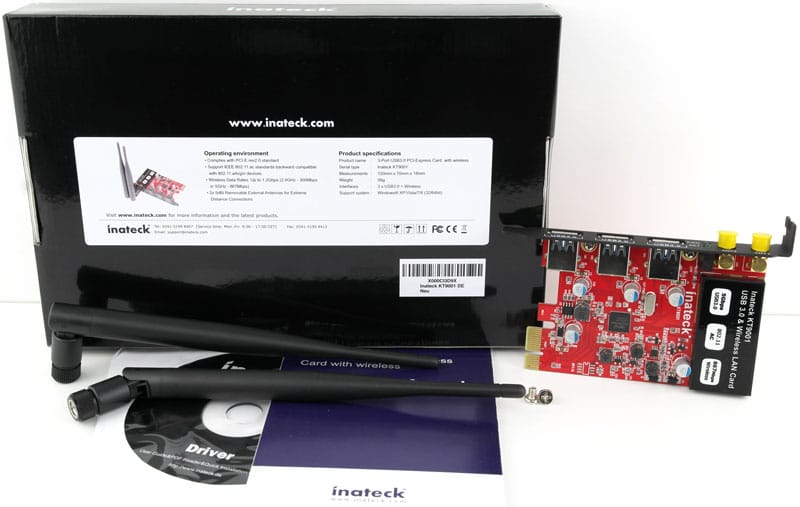