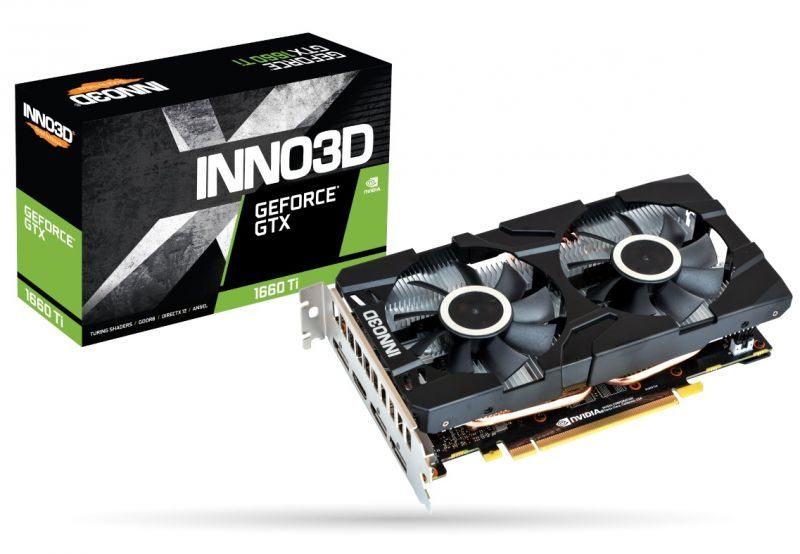 INNO3D is introducing the GeForce GTX 1660 Ti Twin X2 graphics card. It is their first Turing-based video card that does not have any RTX features. Nevertheless, it offers great bang-for-buck performance which competes directly with the GTX 1070.

Like previous Twin X2 graphics cards from INNO3D, it uses a dual-fan cooling solution. Underneath this active cooling is a heatsink which has two heatpipes directing heat from the GPU core.

The heat is then blown to the sides as well as the rear of the graphics card. Facilitating this high-airflow exhaust is a horizontal heatsink fin array as well as a high-airflow IO bracket. 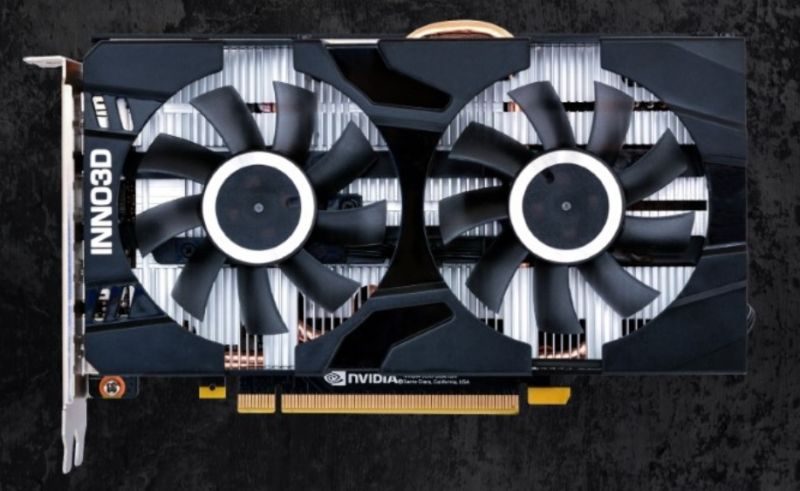 What Connectivity Options are Available on this Card?

When it comes to connectivity, users have 3x HDMI 2.0b and one DisplayPort 1.4 available. All are in the lower section, and foregoing the older DVI-D connector. This is what makes the high-airflow rear IO bracket possible. Since the top portion is dedicated to exhaust entirely. 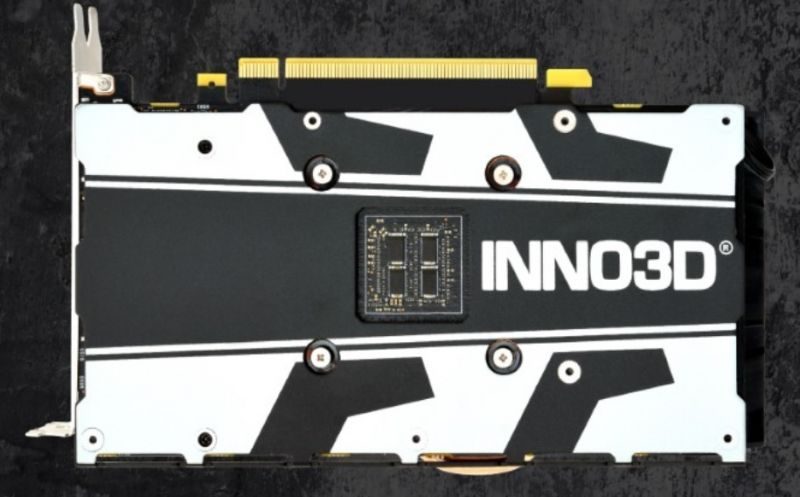 A backplate is also pre-installed protecting the rear PCB, as well as absorbing other excess heat.

The Twin X2 uses the reference 1770MHz clock rate, although it is possible to overclock it further with the free Graphics Engine software. The company will most likely launch faster versions later under their iChill banner.

It also has the standard 6GB GDDR6 on a 192-bit interface and requires a single 8-pin PCIe power connector to run.