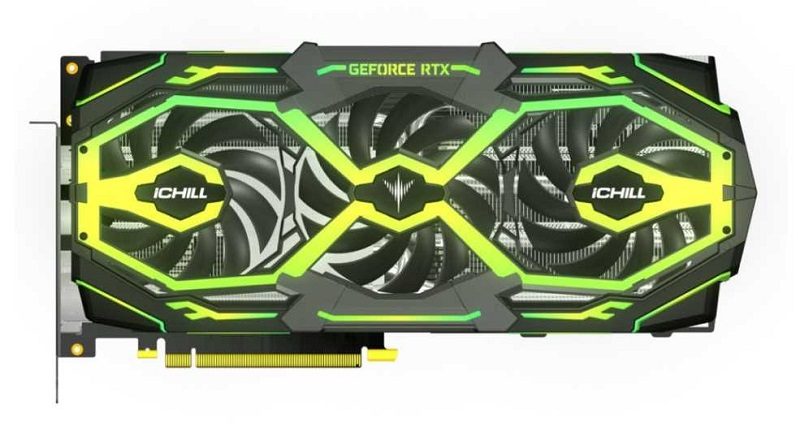 In a report via HardwareLuxx, a number of images have appeared for a brand new graphics card due for release. Specifically, the Inno3D GeForce RTX 2080Ti iChill. Despite the fact that this has not specifically been called the ‘Frostbite’, sure this has to be what the name has been referring to for so long?…

Inno3D has said: “We believe the switching cooling system design is one of the most crazy and innovative designs in gaming graphics card history. The gamer doesn’t need to select a 2 fan or 3 fan graphic card because they can have both with one purchase and change the cooling solution based on their needs.”

In fairness, the design is certainly unique and one of the boldest 20XX designs we’ve seen to date. 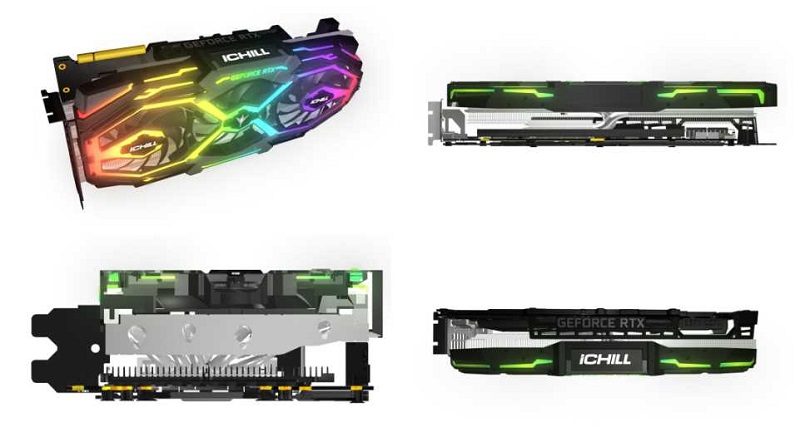 Based on the images released (some with NV Link and others not) it’s likely that Inno3D plan to use this design for all variants of the current 20XX range. Given its nice bold design too, it’s undoubtedly going to be popular with consumers. Well, unless you think it goes a little too far.

What do you think? Do you like the look of this graphics card? – Let us know in the comments!