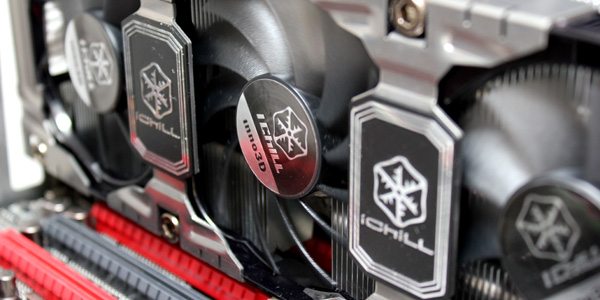 This year has been a fantastic one so far for graphics card manufacturers and their relevant partners, with AMD and Nvidia battling it out for the GPU crown of 2012, though AMD started things early in late December, and managed to get the upper hand on the green team.

If you’d like to take a look at the majority of cards that we’ve seen grace the market, we invite you to check out our graphics review section which can be found here. You’ll find some of the big players mainly from AMD and their associated partners, whereas Nvidia simply don’t like us, so that’s the reasoning behind the lack of Nvidia cards that we had at launch. One of these cards was the GTX 670, which was released to give a slight edge over the competition in the biggest war at the moment; price.

The GTX 680 took the crown away from AMD and the Radeon 7970, but was substantially more expensive at launch, and Nvidia knew that something had to be done, and fast. This is where the GTX 670 came into the world, and offered similar performance to its bigger brother, but with a much more attractive price tag.

Shortly after the launch, we find Nvidia board partners developing their own flavours which custom coolers and extreme overclocks, and you can’t get much more extreme than what we have on offer here today as we take a look at the Inno3D iChiLL GTX 670 HerculeZ 3000 Edition, with an immense custom cooling solution and pre-factory overclocks to boot.

For our frequent readers, you know the way that we do things, but for those who don’t, we will first take a look at the packaging and bundle that Inno3D have on offer, before we take a closer look at the card itself including the features and cooler.

Once this is out of the way, we can throw this card straight in and test through our usual suspects of benchmarks at the most popular resolutions including triple screen 5760×1080.