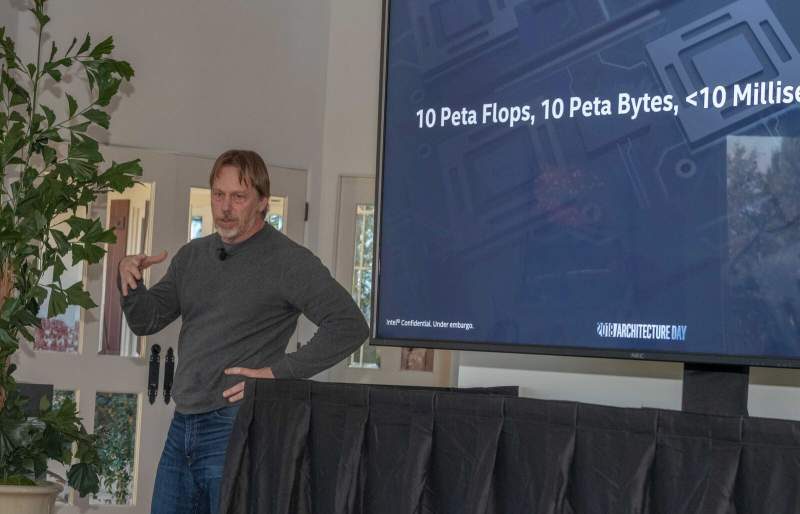 Player 3 Has Entered the GPU Game

The ‘e’ is in small caps but is an exponential. Possibly referring to the exponential leap in performance. At least this time, unlike with past AMD and NVIDIA PR, the word ‘Quantum Leap’ is not used incorrectly. 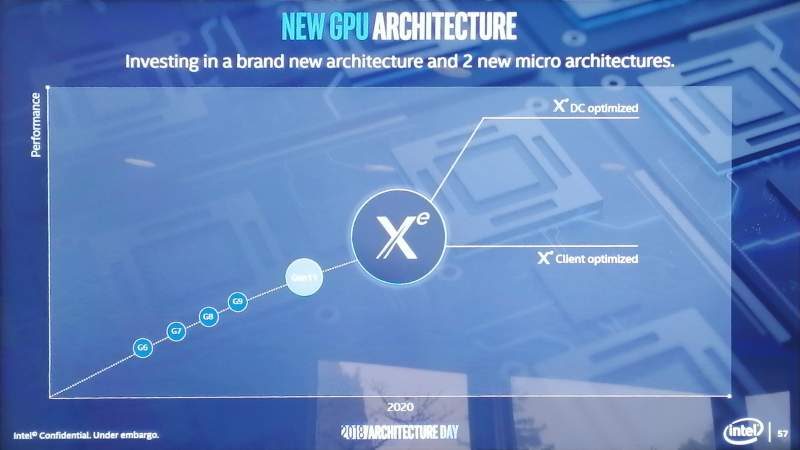 Furthermore, this Xe GPU architecture will diverge into DC optimized and client optimized micro-architectures. The ‘DC’ in this case is data center, which is where Intel intends to make a lot of money in.

However, they are also preparing it for the client side which is for PC gaming and all things in between. This includes entry-level/integrated, mid-range, and enthusiast segments.

What Can Users Expect from Intel’s Xe GPU? 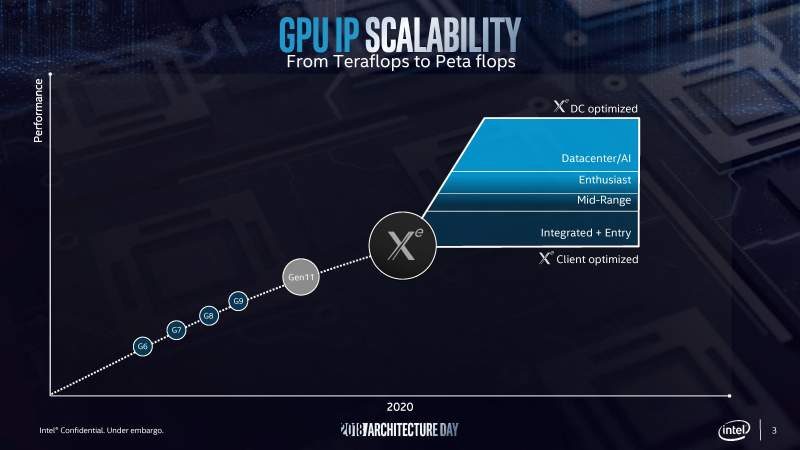 Xe is technically Gen12 and will not arrive until 2020 after the Snow Cove with integrated Gen11 GPU launch. According to Intel, the Xe GPUs will also be using 10nm and follow the company’s single stack software philosophy. This means developers will be able to take advantage of CPU, GPU, FPGA, and AI with the same API. This simplified approach should entice developers into their platform.

Since it is still quite a bit away, Intel did not provide any further information at this time. Nevertheless, 2020 is shaping up to be an interesting year for CPUs and GPUs.