Evidently, the i5-7500 doesn’t support multiplier overclocking which means it’s impossible to push the performance ever further through a simple process. BCLK overclocking has become a controversial topic because you could reach a pretty major frequency enhancement on Skylake non-K processors. Unfortunately, Intel wasn’t pleased with this practice and felt it would discourage consumers from paying a premium for products with an unlocked multiplier. Eventually, they disabled this feature which proved quite annoying for those wanting to maximise their CPU’s untapped potential.

Interestingly, I was able to access the BCLK and increase the default values on the i5-7600. However, any values changed in the BIOS didn’t carry over to Windows and the BCLK kept resetting to the 100MHz strap. This occurred despite trying to alter different voltages, disabling the iGPU as well as other power saving technologies. In theory, BCLK overclocking seems possible, but I wouldn’t buy the i5 7500 expecting this to be an accessible option which can be guaranteed. 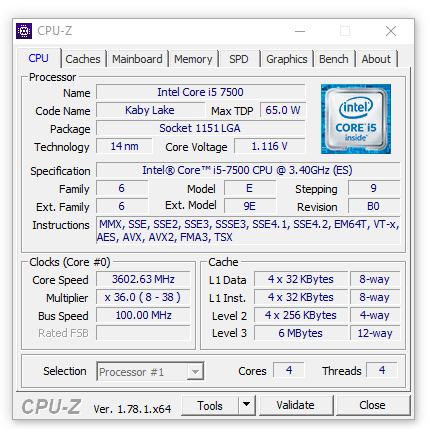