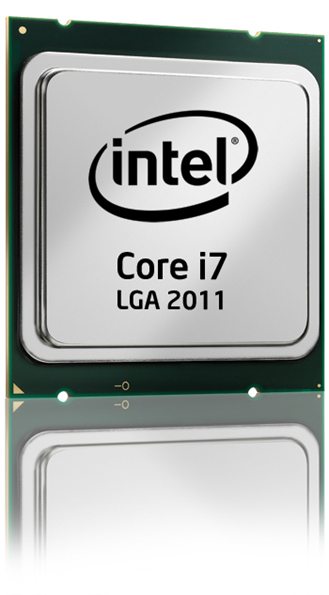 Ever since Intel released Ivy Bridge to the LGA 1155 platform, LGA 2011 owners were wondering when they would see High End Desktop (HEDT) processors based on the 22nm Ivy Bridge architecture. Up until today the LGA 2011 platform lagged two generations behind the mainstream LGA 115X platforms which are now as far forward as Haswell, two generations ahead of Sandy Bridge. However, today is a great day for all enthusiasts because Intel are taking the covers off Ivy Bridge-E. Ivy Bridge-E brings the 22nm processors to the socket LGA 2011 platform and the X79 chipset. What can we expect to see? Well, similar things to what we saw with the transition from Sandy Bridge to Ivy Bridge except with bigger numbers as we are working with a six core processor not a quad core. Of course there will be quad core processors available and Ivy Bridge-E brings to the market the Core i7 4960X, the Core i7 4930K and the Core i7 4820K which is the quad core while the previous two are hex cores.

Other than the change in architecture there is actually a lot of continuity with Ivy Bridge-E because Intel keep the same socket pin-out, the same chipset and for current LGA 2011 system owners the vast majority of you will be able to keep the same motherboard – all you’ll need is a BIOS update from your chosen motherboard vendor. In today’s review we are going to examine the performance of the new Core i7 4960X in a variety of benchmarks covering gaming, synthetic CPU performance, power consumption and much more. Of course what we are mainly here to try and decipher is whether Intel’s Core i7 4960X is a worthy successor to the Core i7 3960X and if so where does it triumph over its predecessor. What we’ll also be looking for is to see how well the Core i7 4960X stacks up against Intel’s best LGA 115X CPU, the Core i7 4770K, and how well it fares against AMD’s budget Piledriver based eight core the FX-8350.