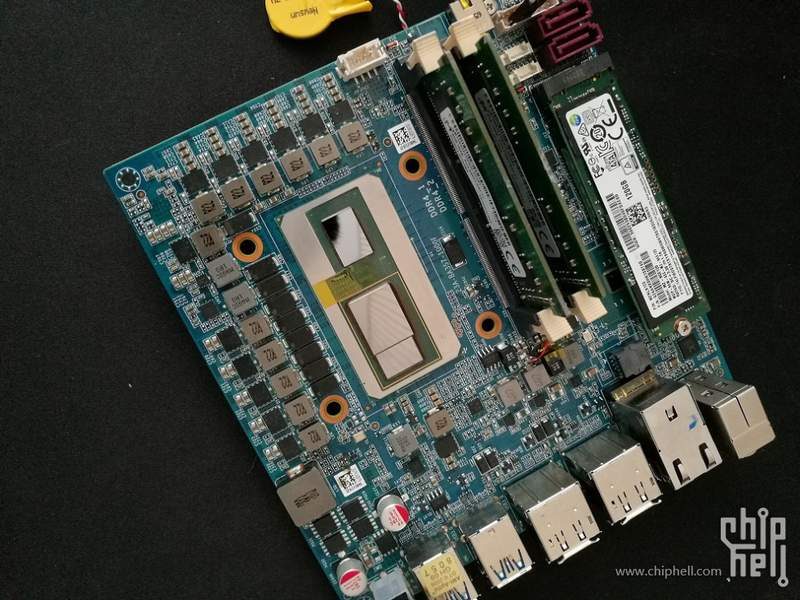 While the world is still reeling from the news of Intel working with AMD, a photo of what is possibly the new NUC board leaked via the ChipHell forums. That site has been a reliable source of leaked information in the past. Moreover, the photo actually shows the new design quite clearly. The possible specifications for this CPU has leaked a few days ago. With the Core i7-8809G and i7-8705G boasting 24 compute units for a total of 1536 stream processors. It also uses 4GB HBM2 and the Kaby Lake G family runs with 4 cores and 8 threads, with boost clocks up to 4.1GHz.

Most Powerful NUC PCs Yet

Just looking at the motherboard from the top is very impressive. Other than the robust voltage regulator power supply of the large Kaby Lake G CPU, it also has M.2 NVMe storage and DDR4 SODIMM modules. According to PC Perspective, this NUC is part of the “Hades Canyon” on the leaked roadmap back in September. The base “Hades Canyon” NUC for example lists a 65W processor. Although there is also a more powerful “Hades Canyon VR” with a 100W TDP. 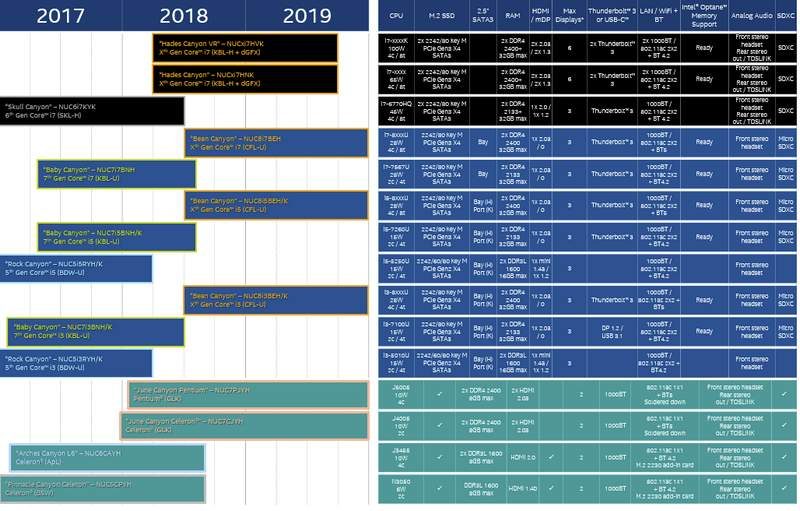 With CES coming up, these new powerful NUC’s will most likely make an appearance in person.