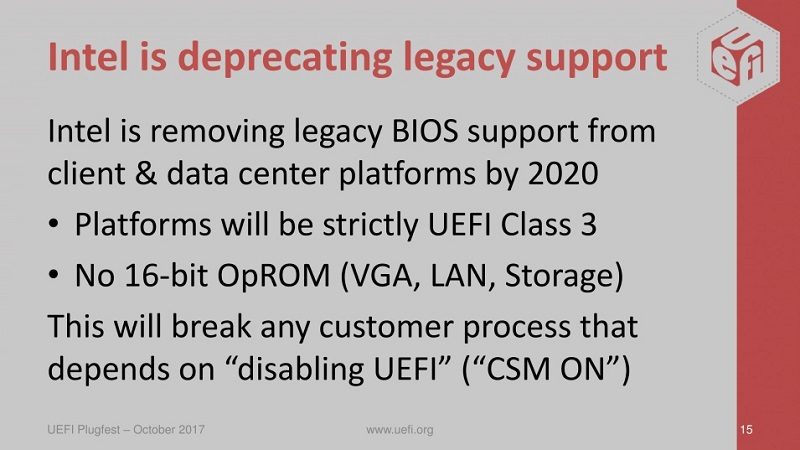 After a 45 year run, the Basic Input/Output System (BIOS) is finally going to die. As one of the most fundamental parts of a PC, the move has been a long time coming. The first killing blow comes from Intel in their future platform. Starting in 2020, Intel will no longer support legacy BIOS as an additional option in their firmware. That’s because Intel is moving to Class 3 UEFI for their client systems.

Intel has moved to its Unified Extensible Firmware Interface (UEFI) firmware for quite a few years. Due to the ubiquity of BIOS, legacy BIOS support was maintained as UEFI slowly took over. In recent years, UEFI has been the default option in many cases. While BIOS has evolved a lot over the years from simple 16bit support, it comes with a lot of restrictions. UEFI will get rid of a lot of the baggage. 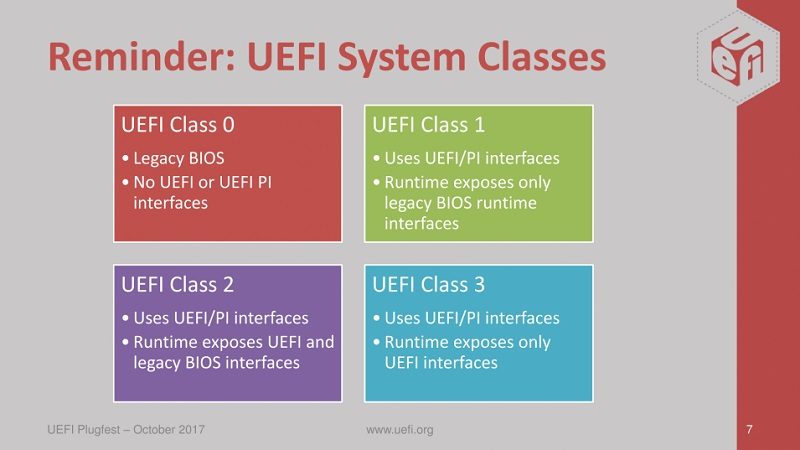 The transition period will finally end in 2020 with UEFI only. This is a bid to enforce secure boot, UEFI features and for easier maintenance. 32bit operating systems and many older hardware components won’t function under UEFI either. There is no word yet if this transition will be a hard one or more gradual. Given the long transition period we already have, it Ice Lake or the platform in 2020 will be UEFI only.

Ahead of the transition, OEM partners will have to bolster their UEFI interfaces. This is a good chance for motherboard vendors to revamp their firmware interface. AMD will also play a role as they may choose to keep BIOS around a bit longer. This is especially true if current AM4 chipsets remain forward compatible with future processors. The move will also give Microsoft an excuse to kill off 32bit Windows once and for all. It will be interesting to see what happens come 2020.