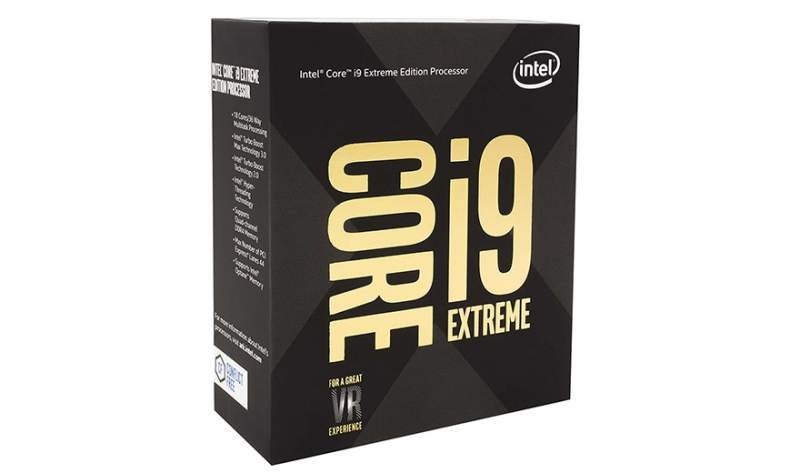 Intel is not sitting by idly as AMD‘s Threadripper gobbles up more share in the high-end desktop space. They are now launching the Core i9-9980XE, a new flagship 18-core, 36-thread monster CPU for X299 chipset boards. The ‘XE’ in this case, stands for “Extreme Edition“. Which should be obvious by the high-core count, as well as the 24.75MB cache, and of course, the high price tag.

How Does it Compare to Other Intel X-Series CPUs?

The processor starts at 3.0GHz and boosts up to 4.4GHz with regular Turbo boost. With the Turbo Boost Max 3.0 feature however, it can boost up to 4.5GHz.

In terms of TDP, Intel officially puts this under 165W. Considering Intel defines TDP through the “average” power, it makes sense that this number appears low, despite high temperatures exhibited by Intel’s HEDT X-series. The Tjunction temperature of the package is 84 degrees Celcius.

The rest of the features remain the same as other X-series CPUs. It is compatible with X299 chipset and LGA2066 socket motherboards. Plus, it supports up to 128GB DDR4-2666 in quad-channel configuration.

See the table below for the full feature comparison. 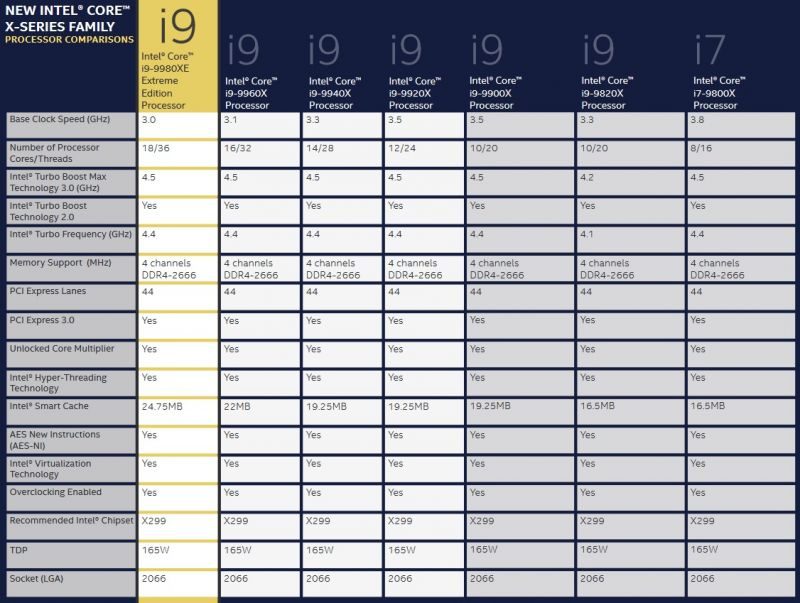 The manufacturer suggested retail price is set to $1979 USD, although it is not listed in any retail stores as of writing this article.