Intel Launching Coffee Lake CPUs Ahead of Schedule in Q3 2017 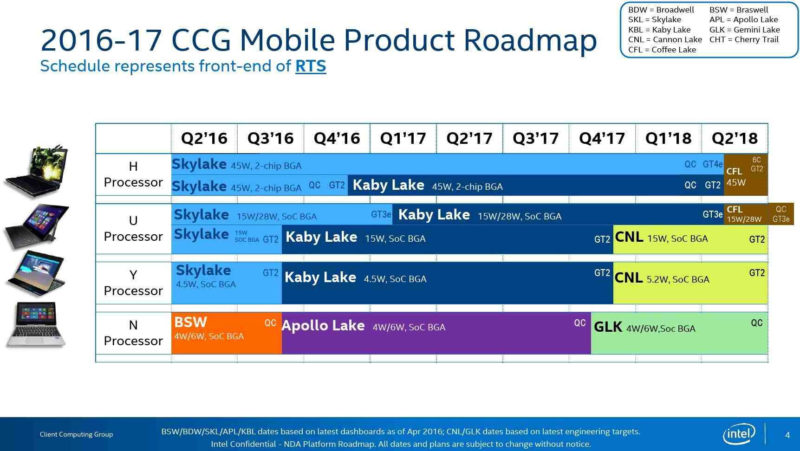 Last week it was reported that Intel has pushed the launch of the new “Basin Falls” X299 platform ahead of schedule from August 2017 to June 2017, but now according to DigiTimes, Intel is also pushing the schedule forward for the launch of Coffee Lake CPUs to Q3 2017 instead of Q2 2018. The release of Basin Falls X299 platform and the Skylake-X and Kaby Lake-X processors that go with it was originally lined up for announcement at Gamescom, but since it has been moved ahead for June, it appears Intel will be making the announcement either on Computex (late May) or the most likely option which is E3 in Los Angeles (mid June) instead.

Skylake-X will have 140W processors featuring 6-, 8- and 10-core configurations while the more power efficient Kaby Lake-X at only 112W will only be offered in quad-core versions initially. An Extreme edition 12-core Skylake-X is also expected to launch on August 2017. The adjusted schedule is most likely an answer to AMD’s rumoured 16-core Ryzen and X399 platform which will launch sometime on Q3 2017.  An earlier release for Intel means staying ahead of AMD in the market.

As for the 14nm Coffee Lake CPUs that are now scheduled for Q3 2017, Intel is also expected to release a new Z370 chipset at the same time to target the enthusiast and gaming market, followed by the H370, B360 and H310 chipsets a few months after. The 300-series chipset is rumoured to have built-in 802.11AC WiFi capability, as well as native USB 3.1 Gen2 functionality.