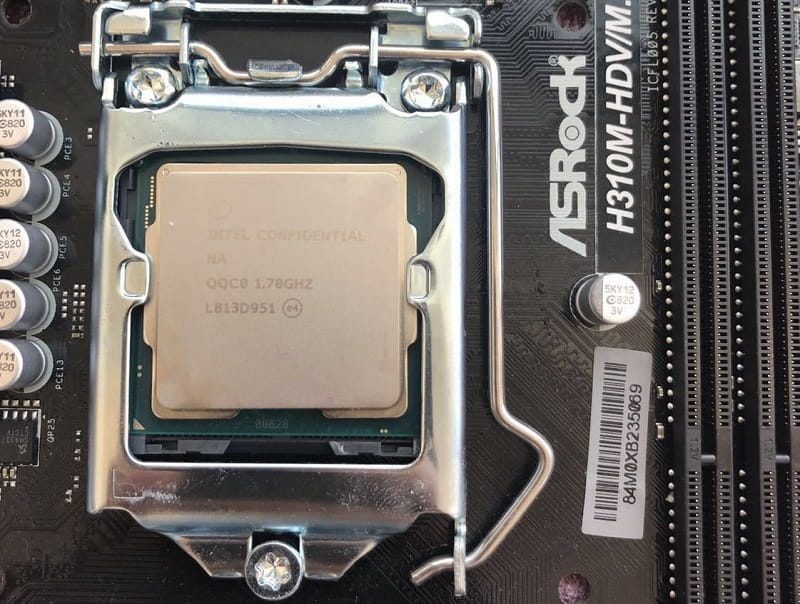 With the mainstream CPU core counts creeping up, the low power models have to follow suit as well. Since there are now 8 cores for the consumer platforms, it seems logical to have a low power variant as well. Historically, 65W was where the low power chips sat but Intel has pushed it to 35W in recent years. Amazingly, the company may have managed to put 8 cores in the 35W Core i9 9990T.

The chip recently got leaked online with some impressive specs but there are compromises. Just like the normal K and KF chips, it features 8 cores and 16 threads, with 16MB of L3 cache. The main drawback is massively reduced clock speeds. It features a meagre 1.7 GHz base clock and boost clock is not very high at just 3.8 GHz for a single core. Running 4 cores will still get you 3.3 GHz though. The chip should use the current 14nm++ process.

For now, nothing is official yet as it is reportedly an engineering sample. However, the final specs should not be that different. Intel should be sticking to their usual strategy as well so a 35W chip should arrive. Due to the lower performance, the chip should be somewhat cheaper. Based on past launches, the new chip should be 10-15% cheaper. However, as we saw with the Core i9 9900KF, nothing is certain when it comes to Intel pricing.

While Intel will want to make a 35W chip for consistency, it may not be quite as worth it as in the past. With the 4 core and even 6 core models, the base clock was lower but still decent. However, with 8 cores running, the base clock is now quite a bit lower. It may be more worthwhile, even in a 35W thermal limit, to opt for a cheaper 6 core chip. It will be interesting to see how performance pans out once the chip launches.