Intel Skylake De-Lidded and It Surprised Us 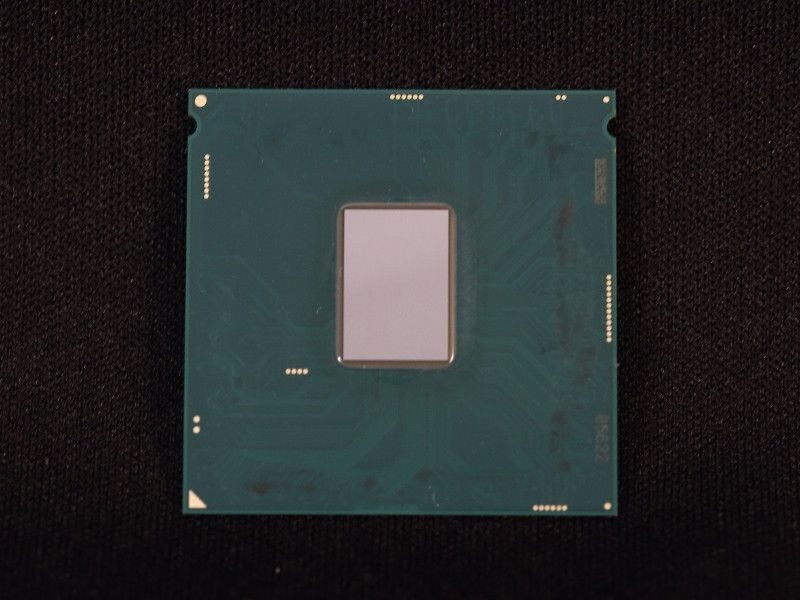 It was only a matter of time before someone de-lidded one of the new Intel Skylake processors and just that has been done now with a new Core i7-6700K quad-core processor, and it holds a few surprises. The actual silicon inside the chip was unexpectedly small and even smaller than that of the i7-5775C which uses the same 14nm process. The reason why it can be smaller is the slimmer iGPU that only has 24 execution units, half of the 5775C, as well as lack of the external 128MB SRAM cache for the iGPU. 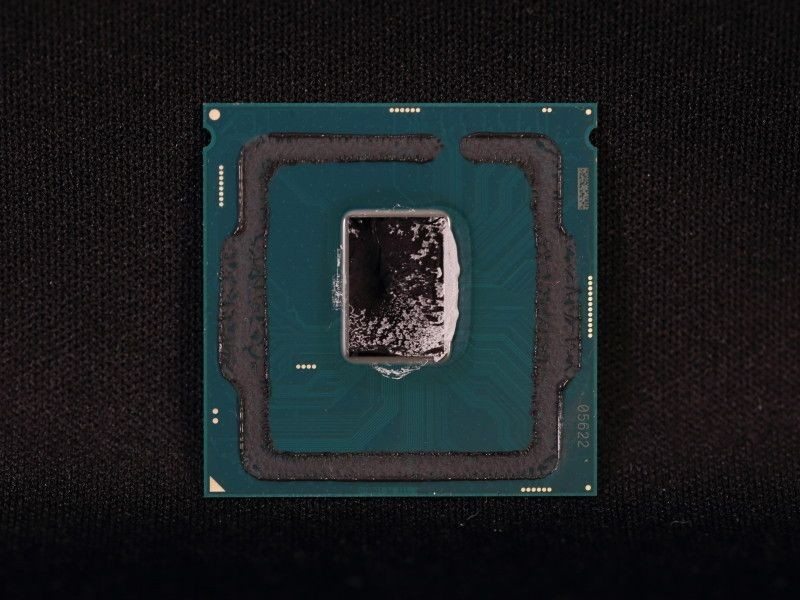 The second surprise to be found was the slimmer substrate used on the i7-6700K processor over the predecessor i7-4770K. The new Skylake is only 0.8mm thick compared to the 1.1mm on the previous, but Intel made up for the height difference with a thicker integrated heat spreader and thereby making sure that older CPU coolers still will be compatible with the new CPUs.

The third surprise sadly isn’t much of a surprise at all and that is in regards to the TIM used. Intel used a rather viscous silver-based TIM between the die and the IHS and it isn’t the optimal choice as tests by PC Watch shows. 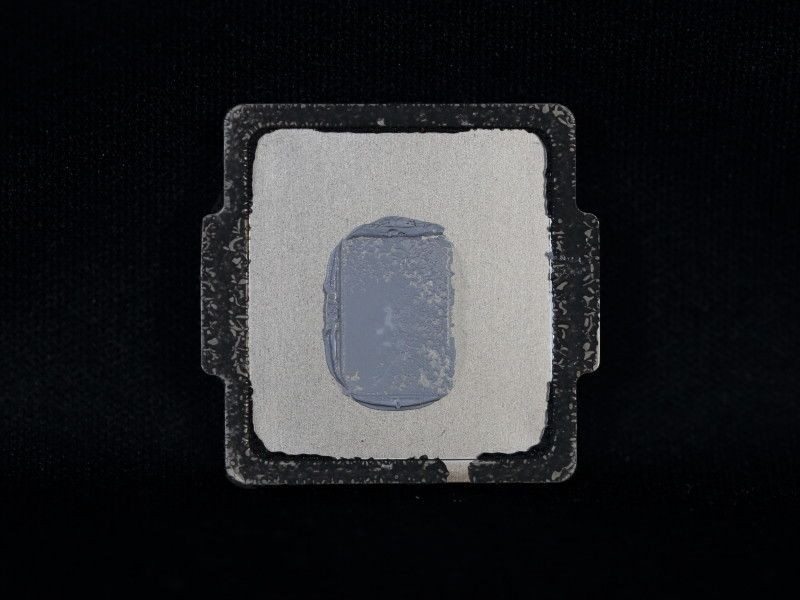 They swapped out the original TIM with Prolimatech PK-3 and Cool Laboratory Liquid Pro instead and found some impressive temperature drops, both at stock speed and when overclocked to 4.6GHz. That is a real disappointment, especially when you consider the premium price you pay for intel CPUs and it is very uncool in my book and it is something they need to improve upon in the house of Intel. 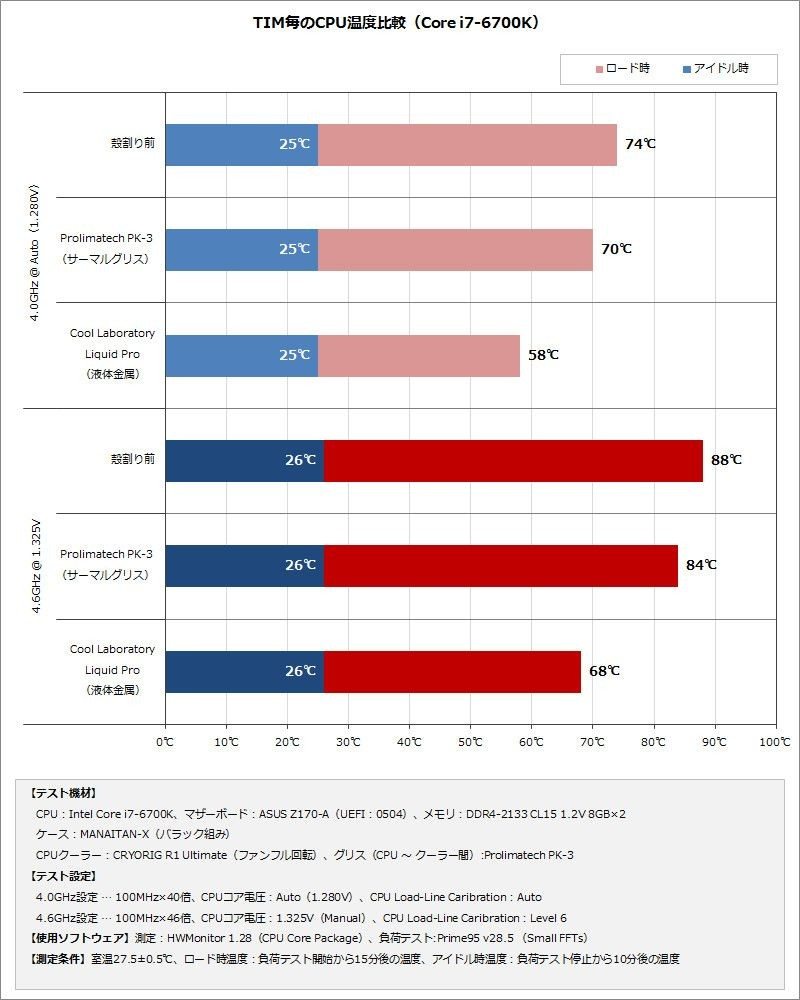 Thank You TechPowerUp for providing us with this information