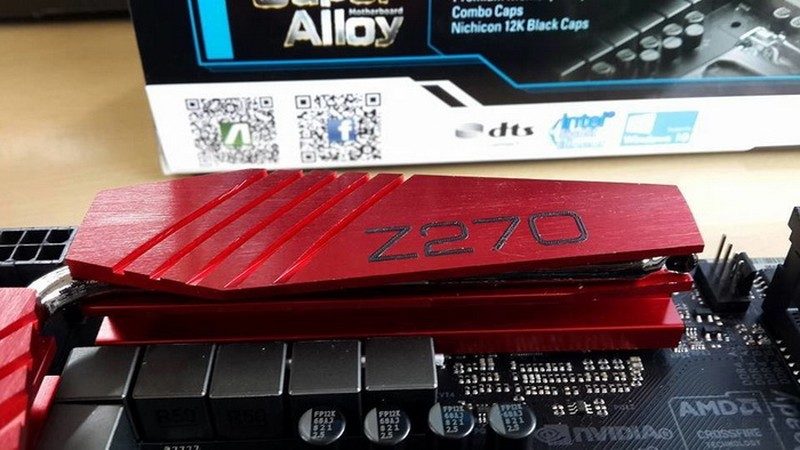 Intel’s upcoming Kaby Lake processor line-up will introduce the Z270 and H270 chipsets. As its name suggests, the Z270 platform replaces the current Z170 chipset and includes overclocking support and as well as other enthusiast features. Apparently, the H270 just like its predecessor will not support multiplier overclocking and is designed for corporate/lower-end usage scenarios. Interestingly, a slide has emerged from BenchLife.info detailing the changes between the new chipsets and previous generation. While some elements remain unchanged, there are improvements to speak of.

Firstly, the 200-series chipsets have more general purpose PCI-E Gen 3.0 lanes. More specifically, the chips contain 14 downstream PCI-E lanes compared to 10 on the 100-series chipsets. As a result, motherboard companies can house high bandwidth protocols such as USB 3.1, Thunderbolt, M.2 and PCI-E slots with a bandwidth above x1. Once calculated, this brings the total PCI-E HSIO lanes to 30, which is four more than Z170. Additionally, it’s a good improvement when analysing H270 versus H170.

On another note, Z270 and H270 can take advantage of Intel’s Optane Technology which has the potential to revolutionise storage speeds through 3D X-Point non-volatile memory.  Another major difference to discuss revolves around multi-GPU and only the Z270 chipset will support this important aspect. More specifically, the Z270 chipset splits the PCI-E PEG port from the CPU into two PCI-E x8 slots. While it’s theoretically possible to pair two AMD cards on the H270 chipset, you won’t be getting the maximum bandwidth. Here we can see the details in full: 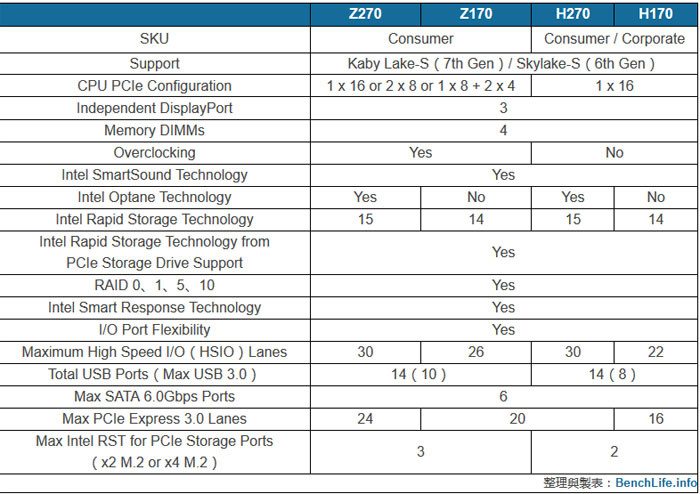