Intel’s New Core i7 8086K On Sale and Available 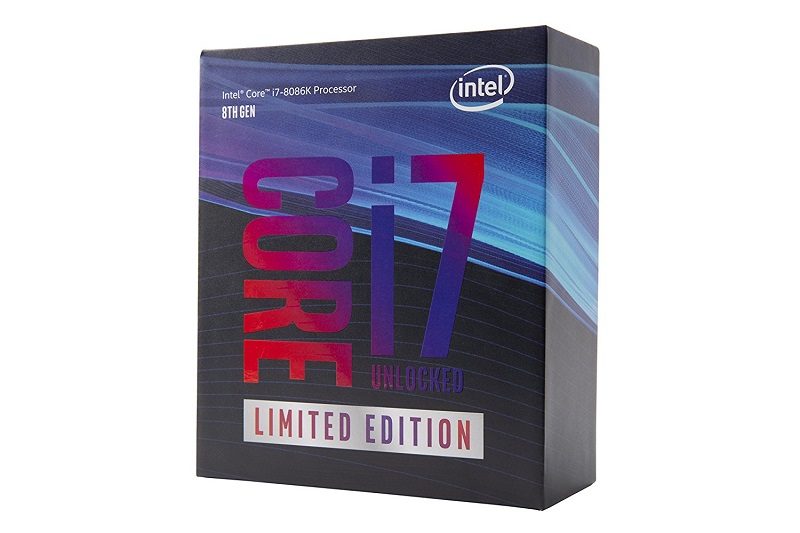 Last week, Intel pulled a surprise move with a short giveaway for their new processor. It was an unexpected way to reveal the previously rumoured Core i7 8086K CPU to the world. Due to Intel’s contest details, some specifications were leaked. However, Intel withheld most of the key specifications. Since the Core i7 8086K is now on sale, we have even more specifications to share now. In addition to the sales listings, we have the Intel Ark page as well.

As we already know, the CPU runs at a base clock of 4 GHz. The main attraction is the boost clock to 5 GHz. Compared to the old six-core Core i7-8700K, it is 300 MHz higher in both regards. However, only the single core turbo sees the boost to 5 GHz. The turbo frequencies for 2-6 core operations remain the same as the 8700K. As a result, 5 GHz will be a rare occurrence. The TDP remains the same at the standard 95W. The L3 cache stays at 12MB, the iGPU is the GT2 and maximum memory support is DDR4-2666.

There are few other key differences of course that are not inherent to the chips. As a special CPU, the 8086K has a small production run of just 50,000 units. Minus the 8,086 units for the giveaway, there will just be a bit over 40,000 for the general public. The price is also higher as a result of the performance and scarcity. It will retail for $425, well above the $359 for the plain old 8700K. Given the minor performance boost, it isn’t a great value for the money.

It’s interesting to see Intel release a special limited CPU to celebrate the original 8086K. We have already the Pentium Anniversary edition. Perhaps we may see the Core series or Celeron series celebration models in the future as well. Intel did miss one opportunity, however, in the production run number. It would have been great to see Intel push the production run to 80,860 units. The only question now is if Intel made the 8086K by binning the 8700K.