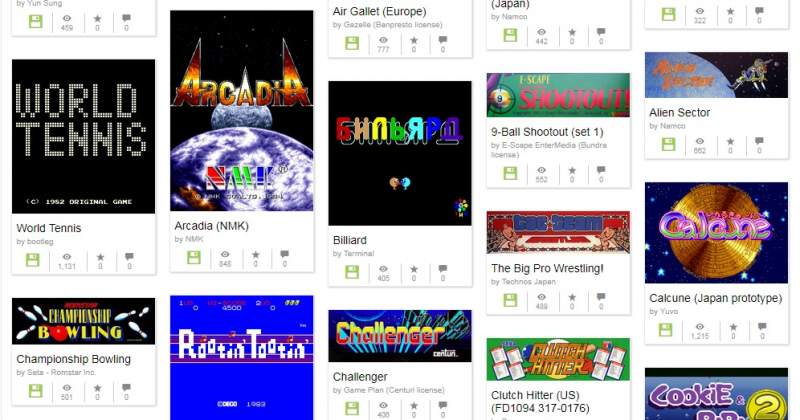 The Internet Archive recently further expanded their massive arcade game collection. Now adding 1,100 more arcade games to their repository as the online museum approaches its 4th year collecting games. The collection of working arcade machines run in modern browsers and is done in collaboration with the MAME emulator team. Furthermore, through the Emscripten conversion process, it allows the Internet Archive team to go through more titles and add them to the site.

Many of the recent additions are from the 1990s all the way up to the early 2000’s. This is the era when arcade machines both”became significantly more complicated and graphically rich” according to the Archive’s press release. Adding that this is also when arcade games were “suffering from the ever-present and home-based video game consoles that would come to dominate gaming.”

Even hardcore gamers might have missed many of these arcade games due. Especially due to dwindling number of arcades and lower distribution numbers. So the archive might be the first time many will be able to play these.

Where Can I Play These Games Online?

The Internet Archive’s online arcade museum is accessible through Archive.org. Users can browse or use the search function to find a specific game. The games run from within the web browser, so a moderately capable and updated version is necessary to play.

Default controls make use of the arrow keys to simulate joystick movement. The games also usually have the first and second start button set to the 1, and 2 keys respectively, with the 5 key for inserting coins.