Internet.Org, What Is It And Whats Happening? 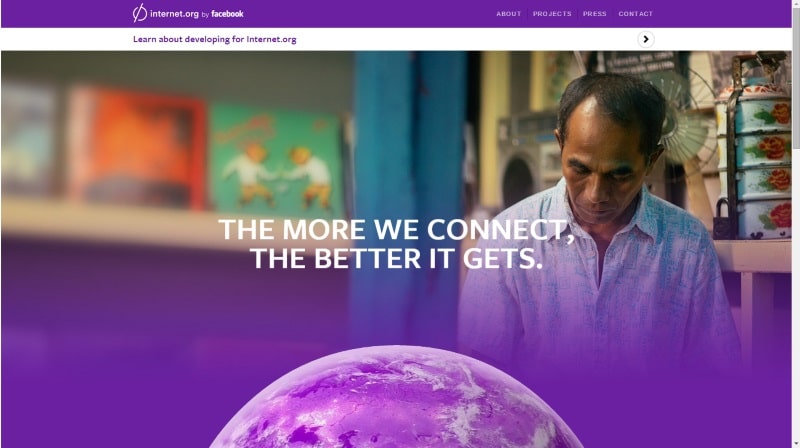 Internet.org has been in the online news a lot recently, but what is it and why is it in the news?

Internet.org is a scheme created by Facebooks Founder Mark Zuckerberg, the aim of which is to provide free internet access to several countries, hopefully reaching at least 5 billion people who currently don’t have access to it. Currently offering free mobile internet access to people in India, Zambia, Colombia, Tanzania, Kenya, Ghana, Indonesia and the Philippines.

In order to access the free internet, however, users must use either facebook’s Android app, the Opera Mini web browser, Internet.org’s website or special Android Apps. This in conjunction with the limited number of sites that were available through the services, including Facebook, Wikipedia and BBC news, #and the Facts for Life health site run by the United Nations Children’s Fund among the initial 38 accessible websites. This limitation caused several companies to doubt the scheme and even pull out as it was seen in conflict with the concept of “Net Neutrality”, a phrase that has been used a lot in recent days to describe the concept that all internet traffic is equal and all sites are equal, so charging extra or forcing users to use certain sites would be against the concept (one which Tim Berners-Lee, regarded as one of the founders of the internet has spoke up about).

The scheme was recently opened up allowing for developers to join the Internet.org Platform and create their websites and services to be run through the Internet.org scheme. These do come with limitations though:

In regards to the last limitation, Zuckerberg has stated that they need to do some work on the service to allow HTTPS and SSL to work on all phones and browsers, so it will be available soon.

In an online video announcing the platform, Zuckerberg talked about the principle of Net Neutrality and stated that,

“Its not sustainable to offer the whole internet for free though. It costs tens of billions of dollars every year to run the internet and no operator could afford this if everything were free.

But it is sustainable to build free basic services, that are simpler, use less data and work on all low end phones. “

Zuckerberg goes on to explain that the Internet.org version of Facebook removed images and videos in order to use less data and work on low-end phones.

So what do you think? It’s good that the internet is being brought to many who would otherwise be able to afford and access it but does the concept of Net Neutrality conflict with how the scheme works? Should Net Neutrality exist and if so should there be a limit?

Information Courtesy of The Register and Hacker news.