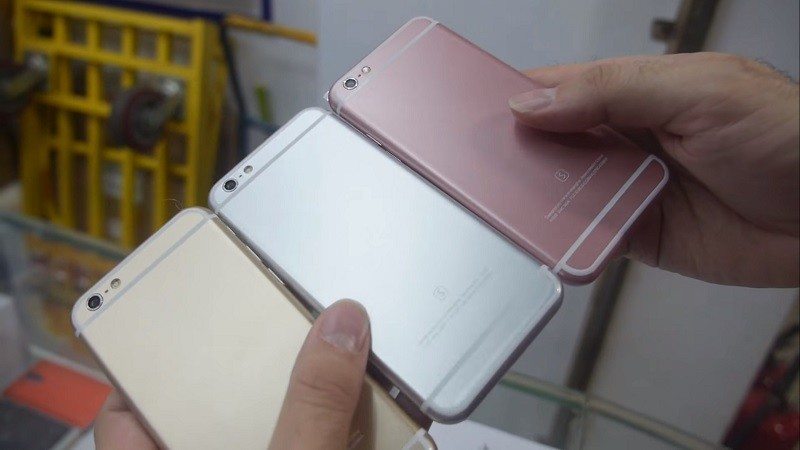 The launch of Apple’s iPhone 6s and iPhone 6s Plus resulted in record operating sales figures despite implementing only a few iterative changes from the previous generation. However, Apple products incur a hefty price premium in countries with fairly decent wages, which makes people in poorer nations unable to purchase expensive handsets. As always, there’s a huge array of clones on the market to suit customers on a budget which fairly reflects their wage. Although, many of these have suffered from an atrocious battery life, poor user-interface and suspect call quality.

Only a few years ago, I decided to test a Sciphone which resembled an iPhone 3GS. Thankfully, it only cost £25 because its performance was nothing short of unbearable. In the last few years, copies have improved at an exponential rate due to the affordability of budget hardware and the Android operating system.

One particular example which caught my attention is based on the iPhone 6s and comes in a variety of luxurious colours. In terms of its specification, the handset features a Spreadtrum SC7731 Quad-core ARM Cortex-A7, 512MB RAM, 4GB ROM, expandable flash storage, and 5-inch QHD display. Unlike many smartphones these days, you can remove the back cover and swap out the internal battery. While it’s not the most impressive specification, it seems to run the operating system smoothly and costs an astonishingly low, $37. As the video rightly proclaims:

Furthermore, once you’ve purchased the handset, it’s incredibly easy to have the Apple credentials engraved. I’m not advocating this, but Apple really needs to rethink its pricing model in poorer countries. In the wider scheme of things, I have to commend the ultra cheap handsets which provide a usable phone for the less fortunate.