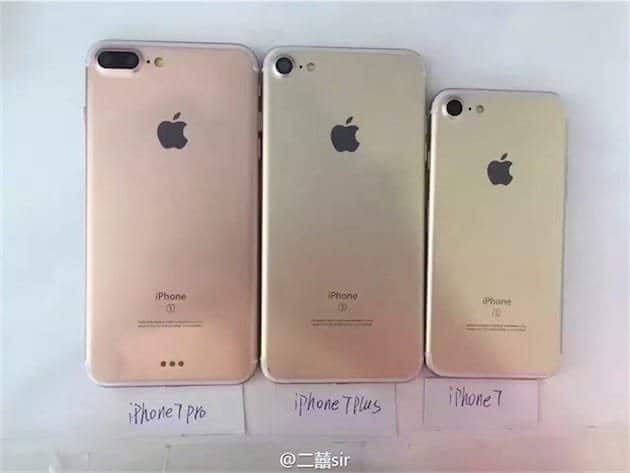 Why wait for a company to reveal something these days when people could instead just leak the information? This has become the go-to way for many things from films and castings to technologies and companies but now Apple may have to worry about the fact that their iPhone 7 mocks ups just got revealed online.

The picture revealing the next generation of iPhones appears to show not just one but three different models for the phone, with some differences noted in between the three.

First up comes the iPhone 7, a small 4.7inch phone that is clearly going to be the entry level for any newcomers to the iPhone. The iPhone 7 Plus features a 5.5-inch screen, this is shared by the iPhone 7 Pro which also appears to feature a better camera.

These are leaked and therefore could be anything, with no official comment or designs to go by Mac Rumours is keen to state that the phones could be 100% fake, or they could just be early designs for the next generation of Apple’s mobile phones.

With rumours flying about the iPhone 7 not featuring a standard headphone socket and the rumoured removal of the 16GB version of the handset, you could be paying a lot more than you used to enjoy this variation of the iPhone.