Japan Is Trying to Regain Control of Its X-Ray Satellite 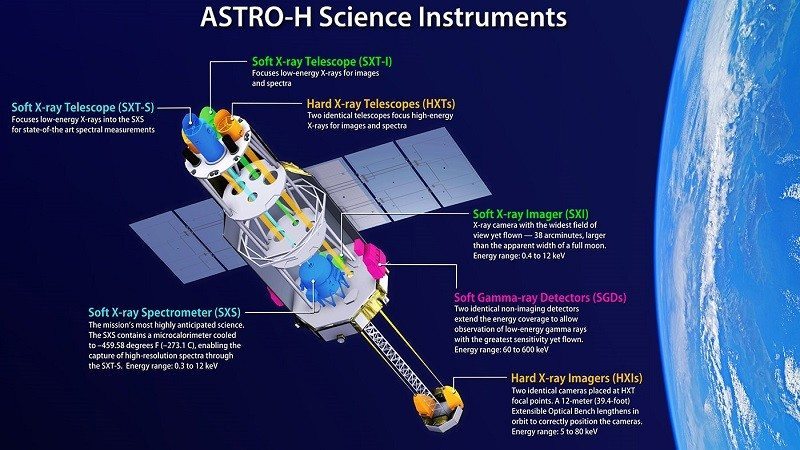 Everyone knows by know that Japan’s Astro-H “Hitomi” satellite is in big trouble, as the JAXA space agency has officially lost contact with it on Saturday. The team is still trying to figure out what happened to this incredibly expensive piece of tech, and early reports from the US Strategic Command’s Joint Space Operations Center seem to indicate that some of its parts might have actually broken off. A little while ago, scientists have received intermittent signals from this satellite, which suggests that it is not completely dead. Unfortunately, an amateur video shot by an astronomer named Paul Maley shows the $360 million X-ray telescope-equipped craft as it floats uncontrollably through space. Things are not looking good for Japan right now, that’s for sure.

Since the video footage shows the satellite flickering as it passes through the field of view, it’s likely that we’re dealing with a craft that is spinning and reflecting light off of its solar panels in the process. Maley has spoken to National Geographic about the footage and explained that these variations in brightness indicate that the craft “is not controlled and that some event caused it to begin its rotation.” You can have a look at the video in question below.