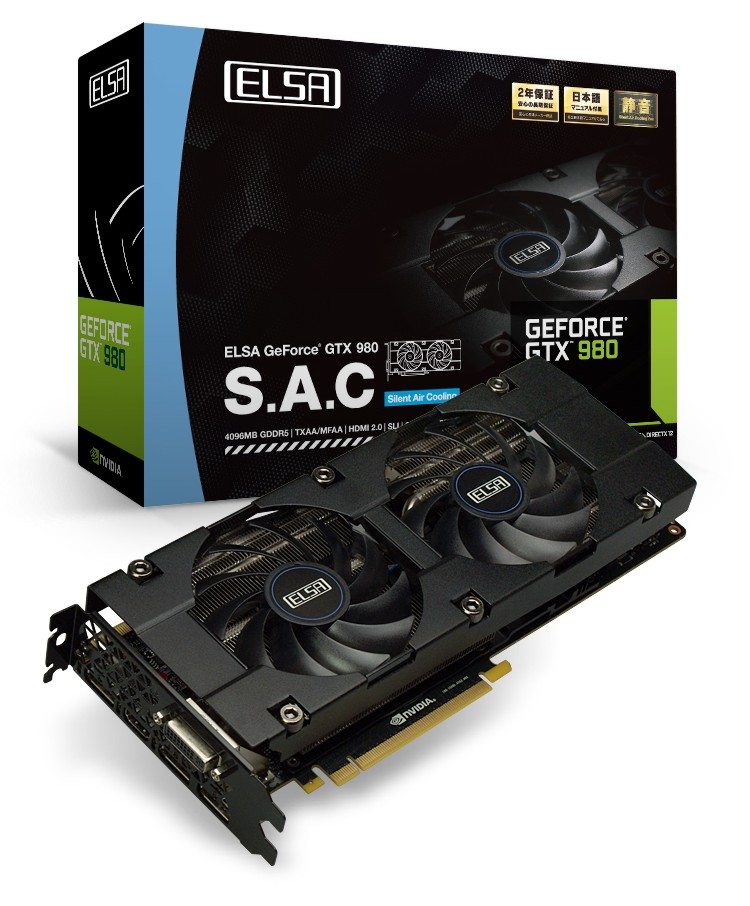 Japanese graphics card manufacturer Elsa has just announced they will be bringing out another contender into the ever-growing GTX 980 market race.

Named the GTX 980 4GB SAC, Elsa will release their new champion product with a dual-fan cooling design. The card comes with a stock core clock of 1152 MHz, optional boosting to 1253 MHz clock speeds and 256bit GDDR5 memory interface clocked at 7010 MHz. The outputs consist of three display ports, one HDMI and one DVI setup; allowing for easy multiple monitor support.

There’s been no current word of sale pricing or availability in any other countries, but sources point out that this card will likely be available only in Japan at this stage.

Since their founding in 2003 we haven’t really seen Elsa in the headlines, a quick Google search will bring up a few 7 series NVIDIA articles and the odd product page, and comments on various message boards point out the same. Could this be a return to the scene? Because we’re interested to see how the card performs. If you’re reading this Elsa, we’d love to try one out.