John McAfee is Running for President 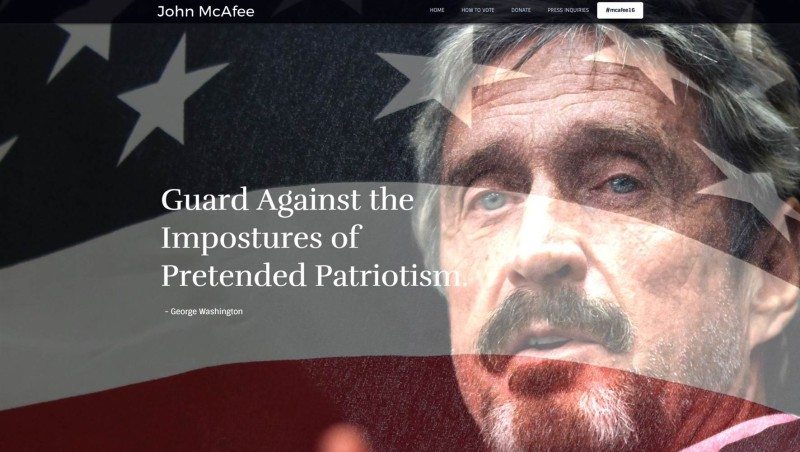 At last, someone is set to provide competition worthy of Donald Trump. That’s right: billionaire-turned-fugitive John McAfee is running for President of the United States of America. McAfee – developer of the world’s first anti-virus program, long since sold off – has filed the paperwork to run as a third-party candidate under the banner of the newly-formed Cyber Party. He promises an official announcement on Wednesday, 6pm Eastern time.

We will have our official announcement at 6pm Eastern tomorrow

McAfee’s chequered past is sure to resonate with American voters: he fled from Belize after local police wanted to speak to him in relation to the suspicious death of his neighbour, American ex-pat Gregory Vlant Faiull. Prior to that, the Gang Suppression Unit Belizean Police Department raided McAfee’s property. He was arrested, but not charged, for manufacturing unlicensed drugs and possession of a firearm.

McAfee – described by Dean Barrow, Prime Minister of Belize, as “extremely paranoid, even bonkers” – revelled in his role as a fugitive, blogging about the latest disguises he employed to evade law enforcement. After a month on the run, McAfee was arrested for illegally entering Guatemala. He stalled his eventual deportation to the US by faking two heart attacks. While the Belizean government stopped chasing McAfee as a person of interest in the Faull murder case, it did seize and sell off his assets.

Only last month, McAfee was arrested in Tennessee for driving under the influence of alcohol and possession of a handgun under the influence. An effort to “Guard against the impostures of pretended patriotism,” no doubt. His debates with Trump are sure to be a hoot.

Thank you NBC News for providing us with this information.