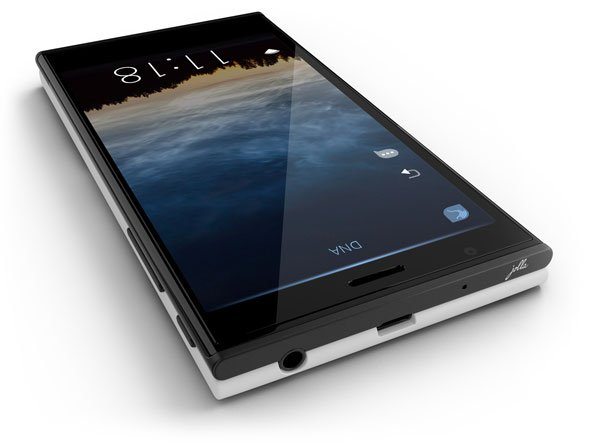 A few Nokia employees that left the company to continue their own work, named Jolla, have been working behind the scenes for some time now and they did not take long to come out with something. They have been working on a smartphone powered by the Sailfish OS, their very own operating system, and now it’s time for them to make it official. The Jolla phone was announced in Finland and the first 450 units are available to those who pre-ordered them.

The Jolla team partnered with Finnish carrier DNA for a low profile launch as had earlier been indicated and is starting small with plans to partner with a major UK carrier in coming days said to be in advanced stages and the team has also announced that the device will still be available in other markets. The device’s pre-orders were made in 136 countries world-wide.

Jolla smartphones have a 4.5-inch IPS qHD display with Gorilla Glass 2, a 1.4 GHz Dual-Core Snapdragon CPU, 1 GB of RAM, 16 GB of internal memory expandable via a microSD slot, an 8-megapixel camera with LED Flash on the back and a 2-megapixel front-facing camera. In terms of connectivity, the handset covers the GSM, 3G and 4G internet connectivity. The phone measures a 131 x 68 x 9.9 mm casing and comes with a 2,100 mAh battery.

Running on Sailfish OS, the Jolla phone enjoys the new platform’s Meego-based open source nature that makes it easy to port Android apps. Jolla had previously announced that its Sailfish-based smartphones will ship with Yandex.Store as the default app store. Yandex is a Russian Android app store that boasts of over 85,000 apps with all popular apps available. Jolla also licensed Nokia’s HERE Maps to be the default maps and navigation application across all Sailfish-based devices.