With 17 Playable Characters and 5 Stages

Bandai Namco is releasing the massive anime cross-over brawler Jump Force in February 15th. However, gamers and anime-fans will be able to play it before it hits store shelves through an open beta. There will be 17 playable characters and 5 stages available. This includes New York, Hong Kong, Namek, Matterhorn and Mexico.

Who are the Playable Characters in the Open Beta? 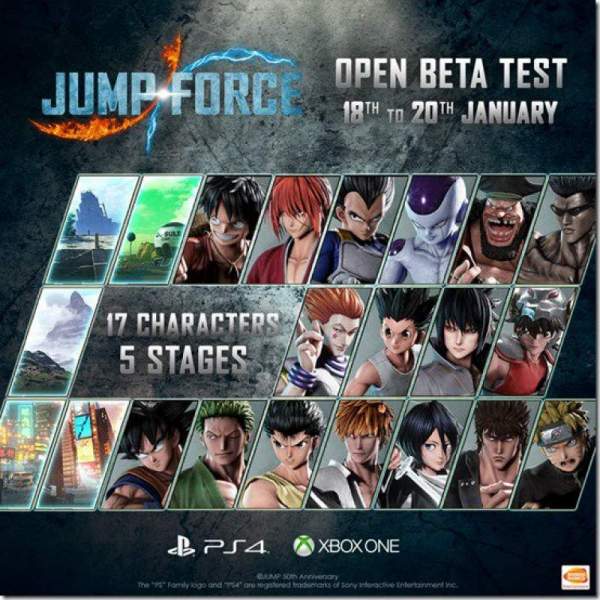 Here are the 17 characters which will be available to all players once the beta begins:

When Can Gamers Play the Jump Force Beta? 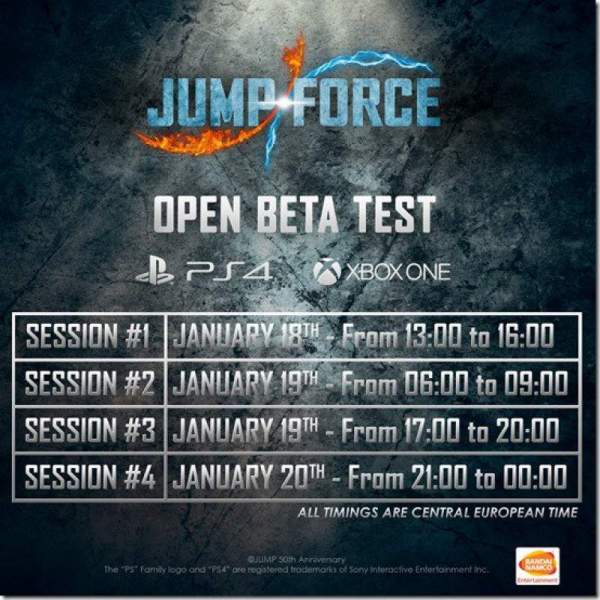 Meanwhile the third session begins later that day on January 19th from 17:00 to 20:00. Lastly, the fourth and final session will be on January 20th from 21:00 until midnight. All times are Central European Time.

Will PC Gamers be able to Participate in the Open Beta?

Unfortunately for PC gamers, the open beta will only be available for Xbox One and PS4. They would just have to wait until the February 15th launch to play.