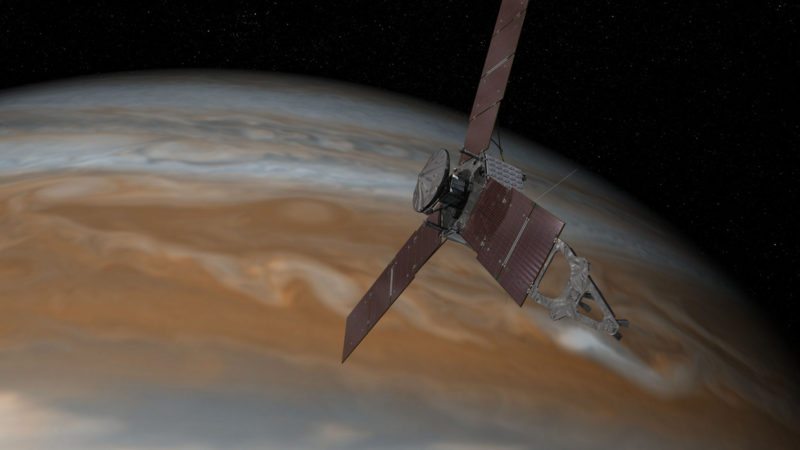 NASA is keen on pursuing its mission to outer space and Juno is just the latest way for them to not only fly through but picture our solar system in ways we’ve never managed before. Juno has managed to send back the first photos since it began orbiting Jupiter last week, showing us just what lies beyond the reach of space. 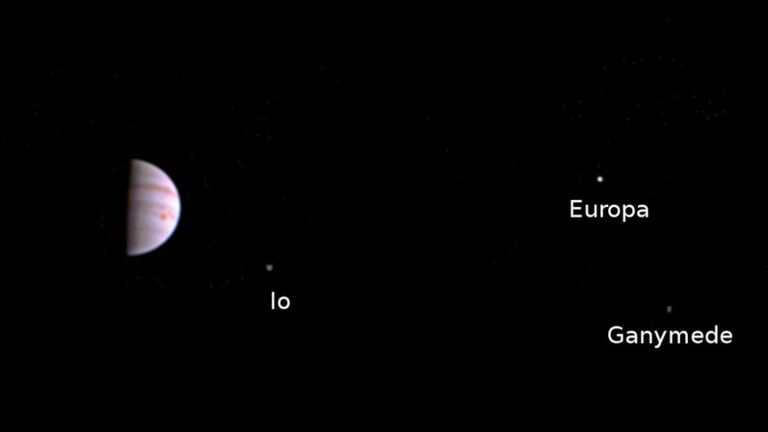 The picture was taken by Juno and shows not just one of Jupiter’s moons but three in total; Io, Europa, and Ganymede. Sadly Callisto wasn’t available for the picture at the time but with the craft scheduled to sweep back towards Jupiter in August, we could see even better images.

The images were taken just 4.3 million km from Jupiter on Sunday, getting a slightly better picture than most of your average cameras. Currently, Juno is just trying to calibrate itself but before it begins a 14-day orbit in the middle of October to study the gas giants.

With an ultimate goal of furthering our understanding of the giant planet, with the spacecraft built to study the interior of the planet which could unlock just how the gas giant formed all those years ago. With so many questions left to be answered, Juno could be the key to finding and understanding our solar system with more facts and less speculation.