Keep Your Camera Safe – Where is it Likely to be Stolen? 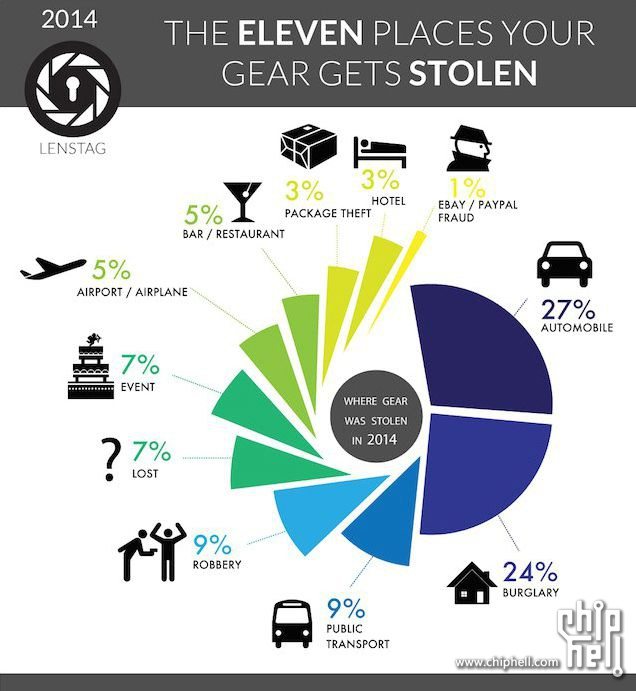 There’s an application called Lenstag, it allows for users to register their stolen photographic equipment in aid of the recovery of said items. According to their latest report, the top three places to have your prized possessions stolen include: your car, burglary of your home or theft on public transport.

Lenstag is designed to help people share their stories of stolen equipment around the globe, allowing people to look out for photographic sales on websites like eBay and report their whereabouts. They’ve been recording all of their data since their inception earlier this year and have produced the following pie chart explaining what they’ve discovered. Alongside this information, they’ve also discovered that throughout their 2013 data, the most likely to be stolen items are your Nikon D700, Canon EOS 60D or Canon EOS 7D. The above graph shows that the three main methods of stealing make up for around 60% of the total market – warning users to keep their cameras and accessories out of sight and ouch of reach of prying thieves.

They’ve listed their findings on exactly what country your items are likely to be stolen in and what models have been reported missing throughout each major brand – alongside some alternative accessories like action cameras and laptops used to editing. 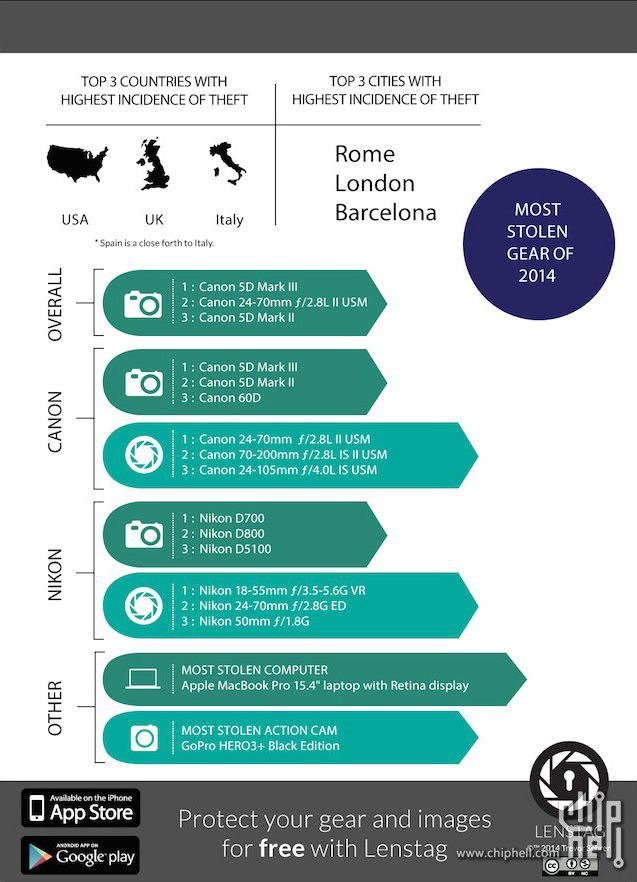 So given this information, if you own a Nikon D700 and an Apple MacBook 15.4″, transporting them around constantly it your old automobile without much security, it may be time to invest in a pet German Shepard dog. As you can see above, Lenstag can be downloaded for free across Android and iOS devices – it provides you with a somewhat higher chance of getting your items back, but we urge that you make them as safe as possible in the first place.

Images courtesy of Chiphell and Lifehacker