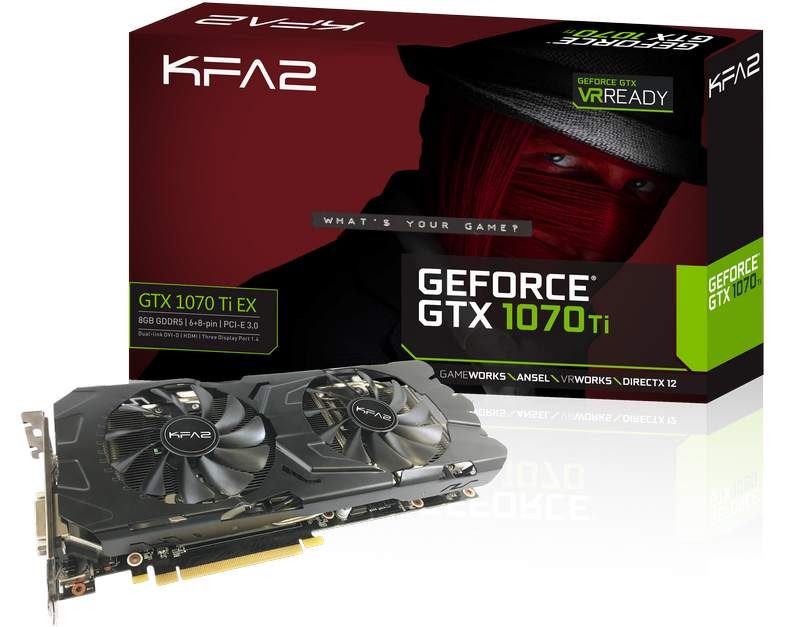 The NVIDIA GeForce GTX 1070 Ti is due out soon on October 26. However, it appears that some information are already online specifically KFA2’s version. As expected, these GTX 1070 Ti graphics cards come with custom cooling and KFA2’s is part of their EX series with dual fan cooling. These fans also light up with red LED when in operation, applying active cooling on the heatsink assembly underneath. This heatsink has two 8mm copper heatpipes which have nickel plating. The entire video card measures 282 x 128 x 43 mm without the rear bracket. 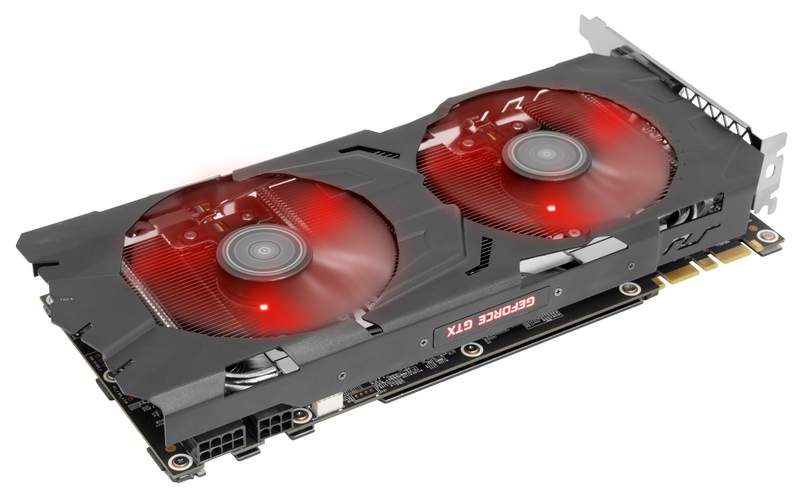 The KFA2 GeForce GTX 1070 Ti uses an 8-pin and a 6-pin power and runs at 1607MHz base clock. The boost click is set up to 1683MHz with the 8GB GDDR5 memory running at 8Gbps on a 256-bit memory bus. This clock speed appears to be lower than the one on the leaked 3Dmark benchmarks yesterday which had an 1886MHz boost, but the 1683MHz boost matches the original rumoured specs. The KFA2 GeForce GTX 1070 Ti EX has 6+1 phase VRM and as the photo below shows, has a heatsink over the MOSFET independent of the GPU cooler. 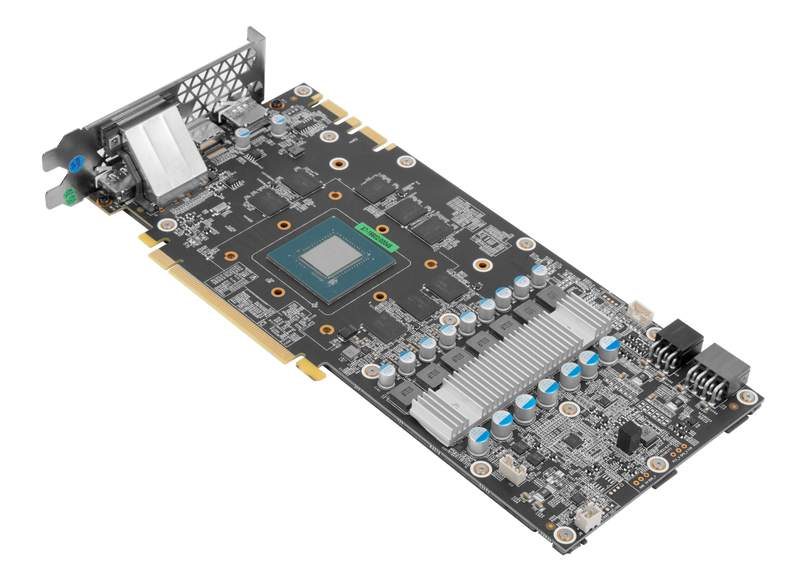 In terms of display connectivity, up to four monitors are supported at the same time. Users can choose between three DisplayPort 1.4, one HDMI 2.0b and one Dual-Link DVI-Port. As for pricing, expect it to be around $429 USD when it hits stores in early November. 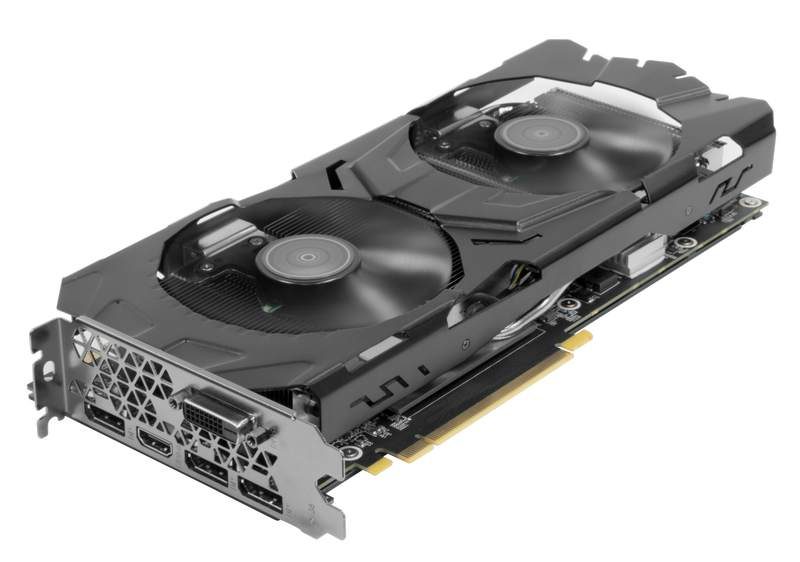