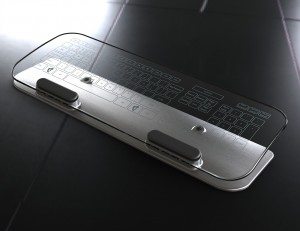 An engineer named Jason Giddings has launched a project named KickStater, which, if succesful, should bring a little piece of Sci-Fi to your desk.

The goal of this project is to create transparent multi-touch keyboard and mouse. This is achieved through LEDs at the base of the keyboard projected at such a low angle that the infrared reflects on the inside of the tempered glass. When a key is touched on the glass, it will create a reflection which will be captured by a camera and, through the use of a software, will be ‘translated’ into a key stroke. 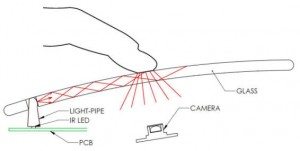 As you can see from the image above, this is a rather interesting project. Moreover, Giddings says he plans on using open source software to give the option to completely customize the functions.

While it certainly looks tempting on the outside, when you think about it for a second, using such a keyboard really is like using a touch-screen keyboard, and while some of us may like this idea, most will agree that for more intensive uses, they can become rather difficult. 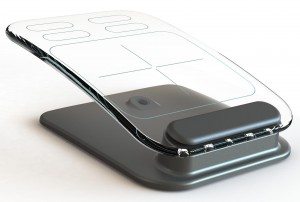 As for the mouse, it looks at the same track pad technology seen on many laptops, which doesn’t really fit into a desktop setup for most.

While today’s touch mice aren’t going so well, this project could see itself a rather popular crowd. The financing of this project is entirely based on donations, which seems to have worked rather well so far. Giddings is putting a bit of a competition into raising the money by offering opportunities to win a productions unit, or even getting one of the first prototypes depending on the amount being given.

So far so good, the $50,000 goal has been largely passed with over $70,000 raised, the project will be funded on the 1st of January. As for the time of possible release, that’s a good question, but one that can’t be answered yet.

For more information, as well as to follow the project more closely,  please refer to the official website.