Kim Dotcom to Bring Internet Party to US 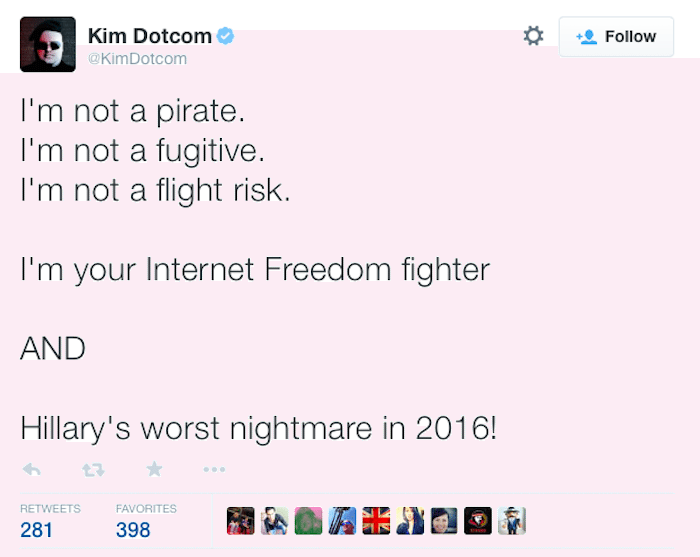 Kim Dotcom has announced that his political party will be launching in the US next year.

The Internet Party has existed in Kim’s native New Zealand for a while now, but hasn’t really had much political success, failing to gain a seat in their Parliament. The party is really the political epitome of Kim – they propose the legalisation of cannabis, free higher education courses, and of course a freer and more libertarian internet. Kim made the announcement in a series of tweets, declaring that he will be “Hillary’s worst nightmare in 2016” and that he’s only managing the party’s publicity (probably remotely, considering the US wants him behind bars).

The Internet Party is coming to the United States in 2015. Stay tuned for our celebrity founders from the music, film and Internet industry.