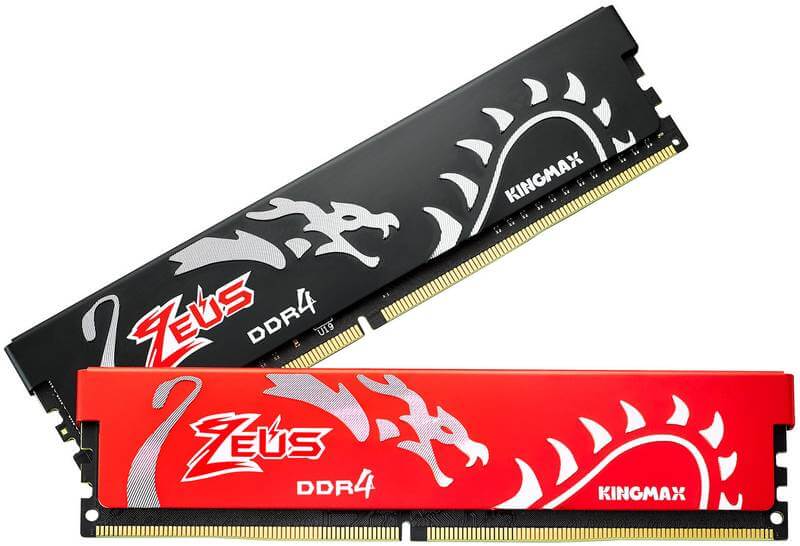 Kingmax has returned with a new series of DDR4 memory modules, the Zeus Dragon series. It has been around 7 months since Kingmax showed us their somewhat larger Zeus series and now it’s time for a sleeker version. The new Zeus Dragon series isn’t larger than any other heatsink-covered memory module, but it looks great. It is covered with a red or black aluminium alloy heat-sink which features a dragon emblem.

“Zeus Dragon uses the dragon symbol blending both Eastern and Western style. The luxurious etchings present the superiority of the dragon and display the assertiveness and dignity of royalty. The dragon is above all other creatures and has extraordinary power and stunning speed. Besides its shiny scales, its powerful magic is neck and neck when it fights against Zeus, the ruler of all gods, in order to protect the treasure.” 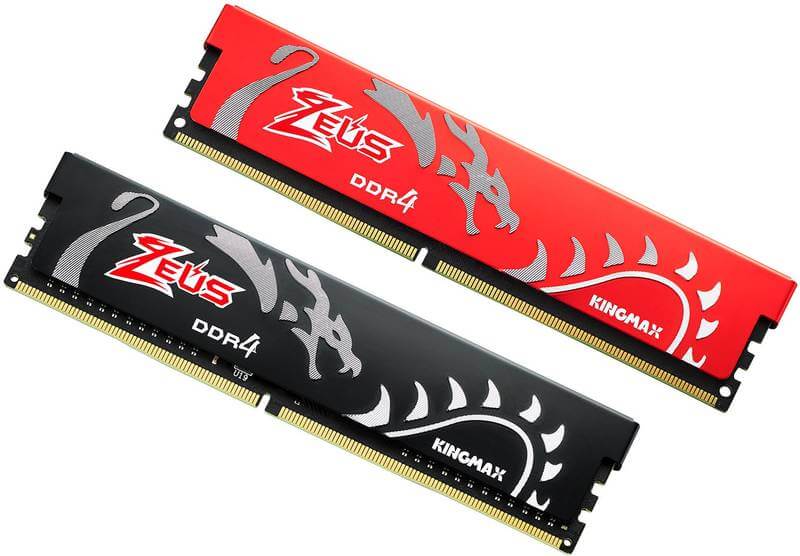 Kingmax Zeus Dragon DDR4 modules use an aluminium alloy heat sink to effectively dissipate the. Available in two colours, red and black, the modules feature the classic gaming colours. The dragon symbol is etched while the Zeus Dragon DDR4 logo and Kingmax branding compliment. Overall, quite nice looking modules, if you ask me.

Kingmax didn’t reveal a price nor an availability at this time. 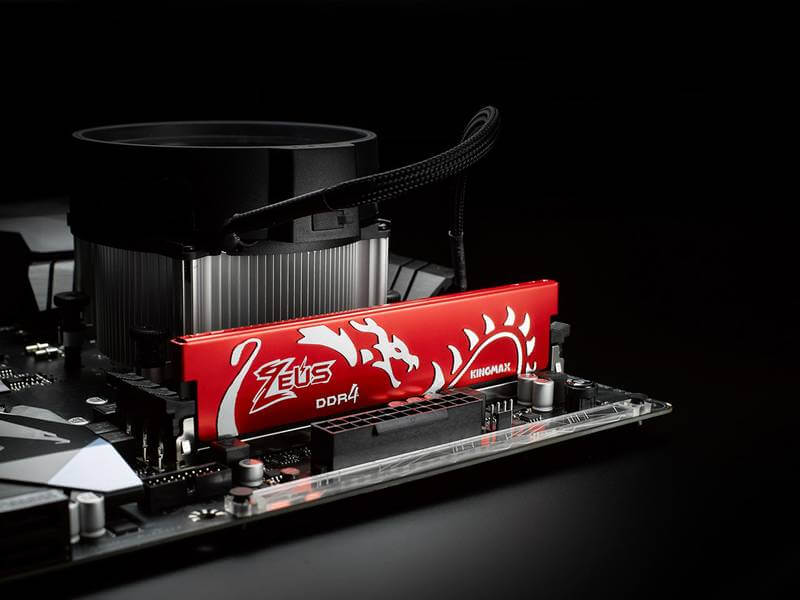