Kingston is one of the biggest names in the PC industry, they’ve got a rock-solid reputation for creating some of the best and most popular storage devices on the market, such as their HyperX range of DDR memory and SSDs. They took the gaming world by storm with the release of their incredible Cloud gaming headset and while we suspected they couldn’t possibly make the original Cloud even better, Kingston seems to think otherwise.

“HyperX® Cloud II features a newly designed USB sound card audio control box that amplifies audio and voice for an optimal Hi-Fi gaming experience, so you can hear what you’ve been missing. Open up a world of detail other gamers will never know – the rustle of a camper’s boot, the scuttle in a distant vent. Its independent audio and microphone volume control lets you adjust not only sound volume but also mic volume and easily toggle Surround Sound 7.1 or the mic sound on and off. This next-generation headset generates virtual 7.1 surround sound with distance and depth to enhance your gaming, movie or music experience. Pinpoint your opponents’ location in the game and strike before he sees you coming.”

The Cloud II is the latest incarnation of their Cloud series pro gaming headsets. It promises improved performance and a very competitive price tag. It offers support for PC, Mac and PlayStation 4, with added bonus features such as virtual 7.1 surround. It certainly ticks a lot of boxes, so let’s stop beating around the bush and take a close look at what it has to offer.

In the box, you’ll find everything you need to get you started, as well as a few bonus extras such as the protective bag, soft fabric ear pads, detachable microphone and the 2-to-1 3.5mm adapter.

The in-line controller comes fitted with a gold-plated USB connection on one end and a 3.5mm connector port on the other. It’s not the most complicated controller ever, but it does give you quick command over game and chat volumes, as well as the virtual surround functions. 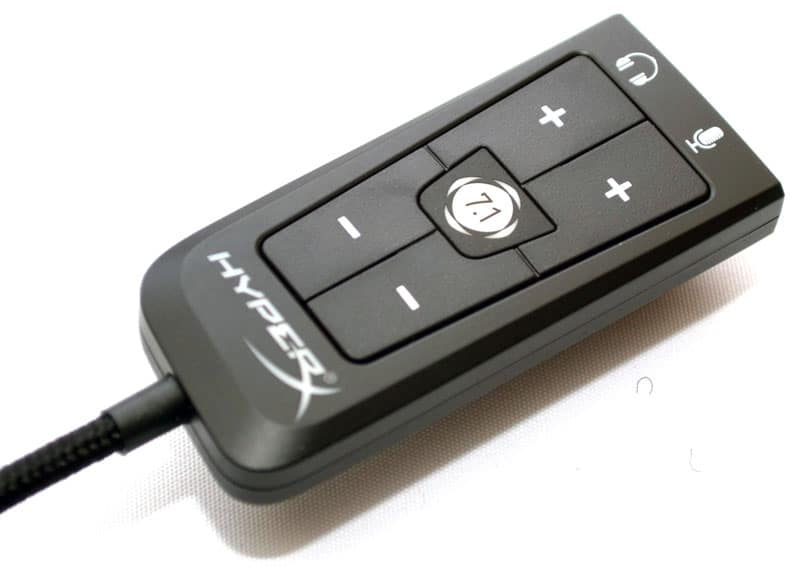 The microphone boom is fully flexible and adjustable, with a sturdy 3.5mm jack plug and a large foam windshield.

The headset its self is pretty understated in terms of design. You’ve got the matte finish on the ear cups, with a brushed aluminium back plate; aside from a few silver highlights it’s a fairly basic design overall. 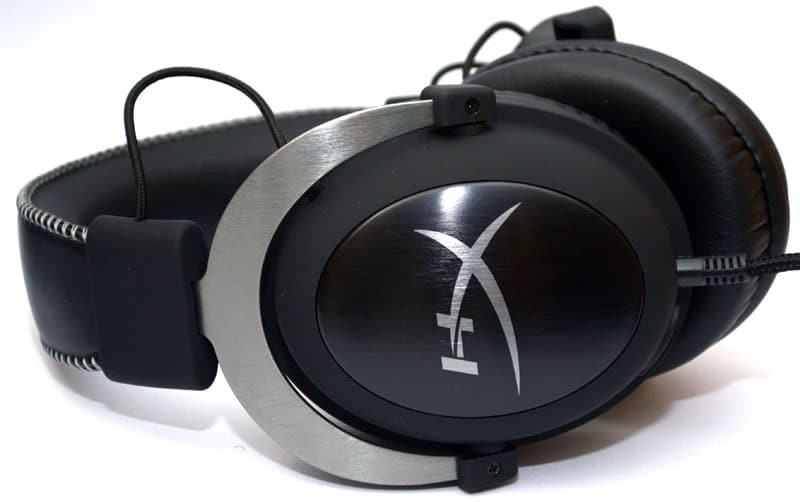 The ear cups can be angle adjusted slightly to allow a better fit over your ears. 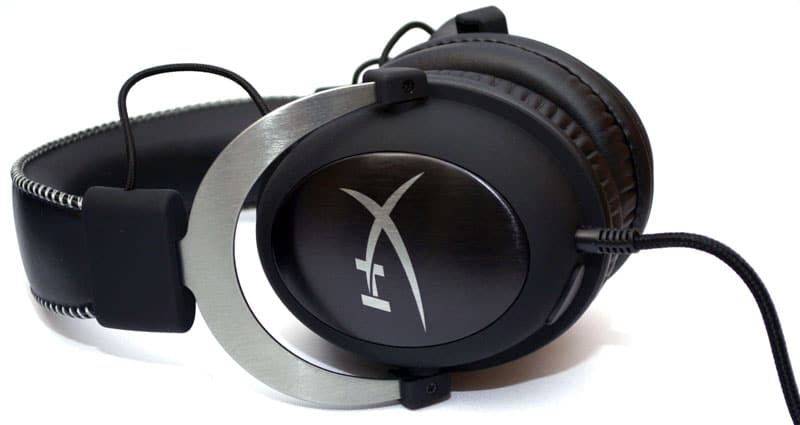 The sturdy headband adjustment slider has a good range to it, so user compatibility should be pretty high. 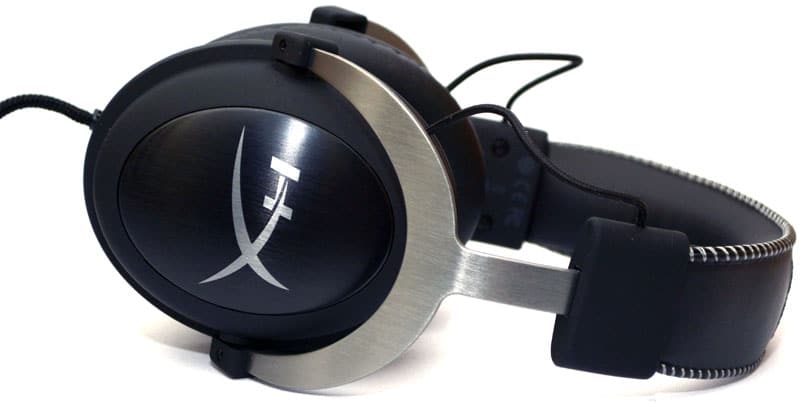 The ear cups are quite large and designed to fit over the ear. The soft leather pads come pre-fitted, but they can be removed and swapped out for the soft fabric covers that were included in the box. 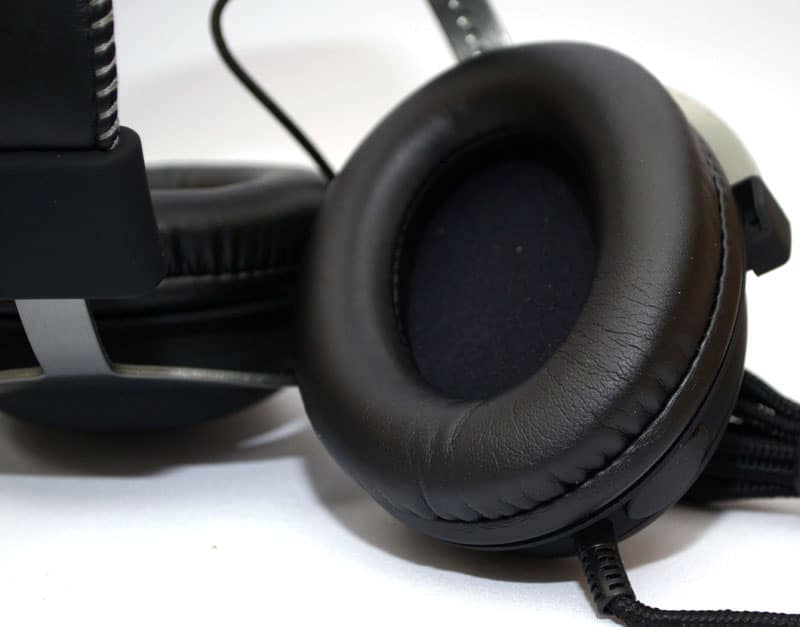 The basic 3.5mm cable comes hard-wired into the bottom of the headset and there’s a small protective cover over the microphone connector, perfect for when you just want to use the headset as headphones. 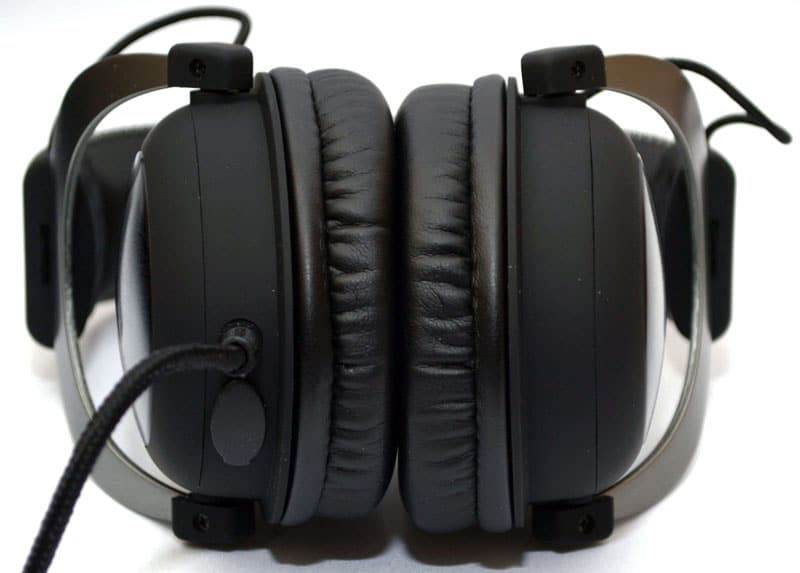 The headband comes with a stitched HyperX logo and is really nicely finished, it’s also in keeping with the smart and understated design of the rest of the headset. 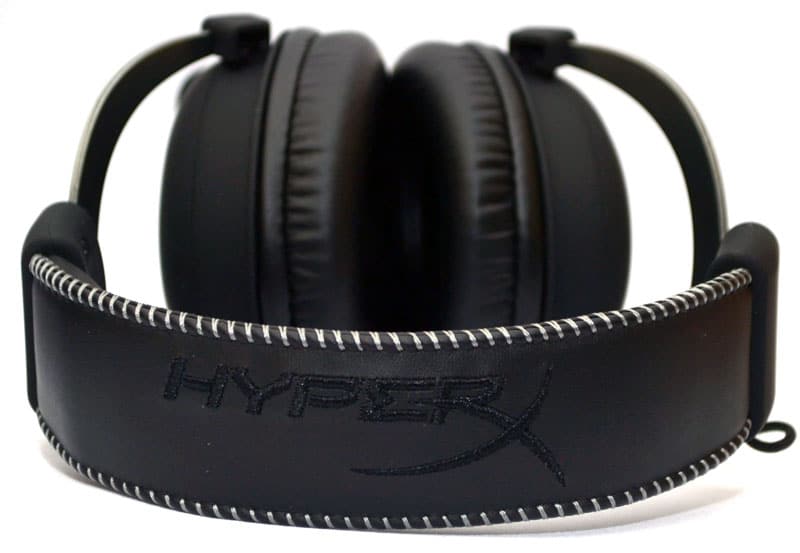 The microphone fits in easy enough and the thick mould around the 3.5mm jack plug helps lock it firmly into place. 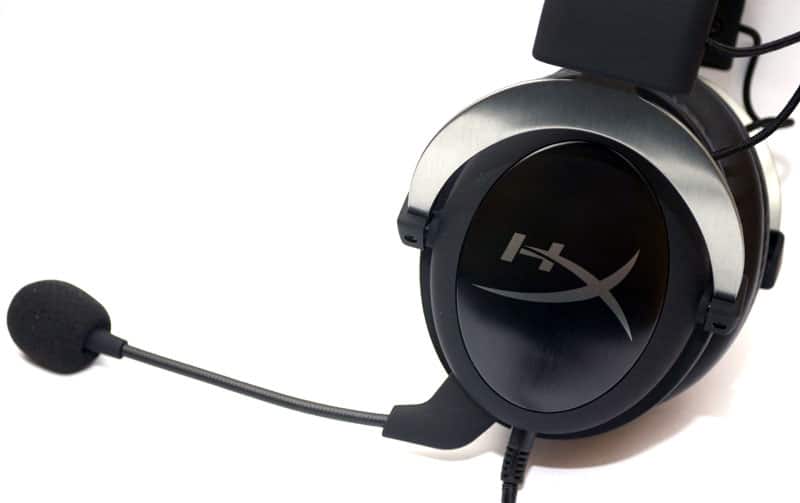