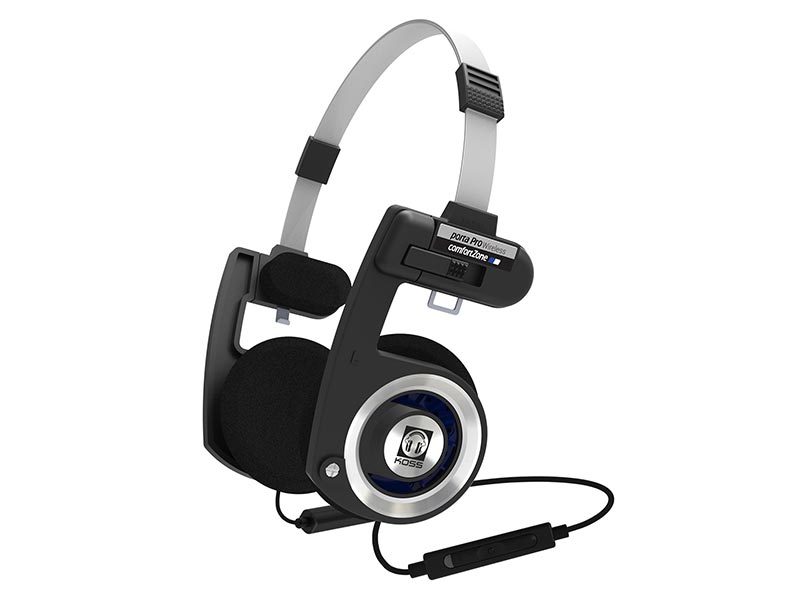 A New Spin on Classic Headphones

Koss is the first company to bring personal headphones to the mainstream back in 1958. Since then, their Porta Pro has become the most popular headphones on the planet ever since 1984. The fact that it is still in production after over 30 decades is a testament to its iconic status.

After 34 years, Koss has now released a new Bluetooth Edition of the Porta Pro. Which means for the first time, fans of the headphones can wirelessly listen to their tunes.

The Porta Pro Bluetooth Edition maintains the same design as the 1984 original. Having exposed metal band and adds several new modern features. It has Bluetooth 4.1 with apt-x functionality and maintains the acoustical signature of the original.

A single charge lasts for 12+ hours, and it also has an in-line microphone and remote built-in. That means users can also use it to answer calls, adjust volume and more. It only weighs 58 grams and comes with a hard carrying case and charging cable for portability.

How Much is the Koss Porta Pro Bluetooth Edition?

It is now available for pre-order through Amazon, Massdrop or directly from Koss.com for $79.99 USD. It will start shipping on May 11 and comes with a 1-year warranty.