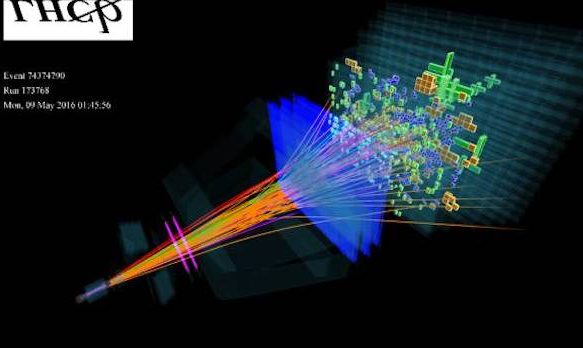 In the eight years since it began operating, the Large Hadron Collider (LHC) at CERN in Switzerland has changed the landscape of particle physics. The LHC has already proven the existence of the fabled Higgs boson – long dubbed the “God particle” – and the creation of a miniature black hole. Now, the collider has discovered five brand new particles, that were “hiding in plain sight,” during a single analysis.

Five particles in one go! @LHCbExperiment observed an exceptionally large group of particles in a single analysis: https://t.co/R0EVqZIAhJ pic.twitter.com/1TiFFJoCHh

The five particles are excited states of Omega-c-zero, which is made up of three quarks. Now that the particles have been discovered, physicists need to figure out their theoretical significance in our understanding of physics.

In a paper on the discoveries, CERN says:

“The particles were found to be excited states – a particle state that has a higher energy than the absolute minimum configuration (or ground state) – of a particle called “Omega-c-zero”, Ωc0. This Ωc0 is a baryon, a particle with three quarks, containing two “strange” and one “charm” quark. Ωc0 decays via the strong force into another baryon, called “Xi-c-plus”, Ξc+ (containing a “charm”, a “strange” and an “up” quark) and a kaon K-. Then the Ξc+ particle decays through the weak force in turn into a proton p, a kaon K- and a pion π+.”