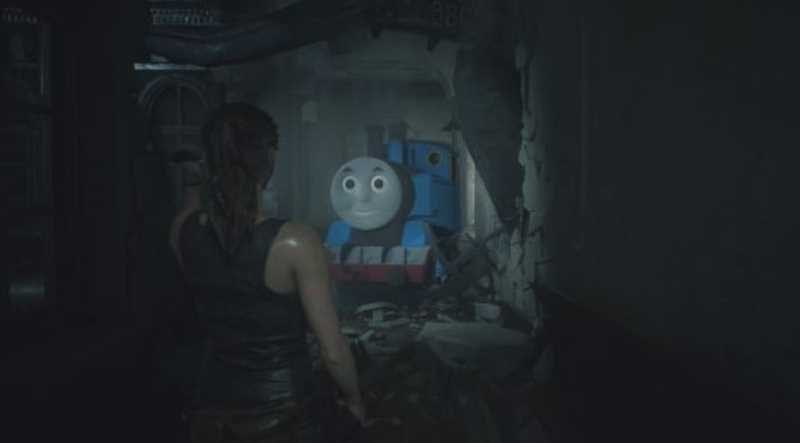 Working under the very likely presumption that most of you reading this have now thoroughly played the recent Resident Evil 2 remake, you will have unlikely have encountered Mr X (or Tyrant if you prefer). Yes, the (probably) man who spends a good portion of the game relentless chasing you around Raccoon City as if you didn’t have enough problems already!

With one of the latest mods to be released for the game, however, he has been asset swapped for something that many may consider more terrifying. Yes, we now have Thomas The Tyrant Tank Engine!

As you might expect, Resident Evil 2 modders have already created a large amount of content you can try out. For example, mods to turn Claire Redfield and Ada Wong nude (for reasons we can’t determine) proved to be very popular. Well, at least with our fans on social media. This mod, however, simply swaps out Tyrant for Thomas The Tank Engine. If you want a better idea of how this works, check out the video below!

Where Can I Try This Out?

What do you think? Is this the most terrifying mod to date? In addition, what other mods would you like to see brought to the game? – Let us know in the comments!