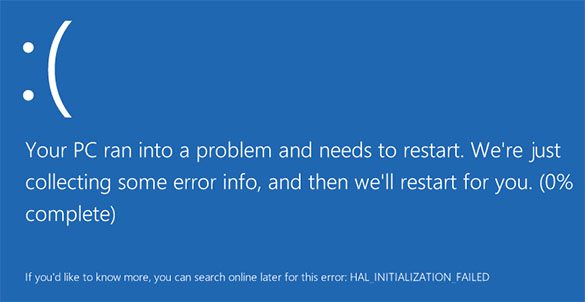 Last week on ‘patch Tuesday’, Microsoft released Windows Updates which instantly started causing issues. Even though this wasn’t the “Update 2” for Windows 8.1 that we’ve been waiting for, this relatively minor change has caused major BSoD issues for many.

We’ve learned that four individual updates are causing these BSoD issues for its users. The biggest culprit being KB2982791, a kernel related driver.

Because of the severity of this issue, Microsoft are encouraging all users experiencing problems to uninstall these updates directly or use Windows Restore to rollback your system. The four culprits are as follows:

As we said previously, it’s KB2982791 that is causing the bulk of the issues. You can choose to remove solely this or all four just to be safe.

What are your thoughts on keeping your operating system updated? Browsing online you can see many conflicting opinions – some proclaiming the benefits of automatic updates and others arguing the issue due to issues such as this.